Then to now: What’s happened the past four years 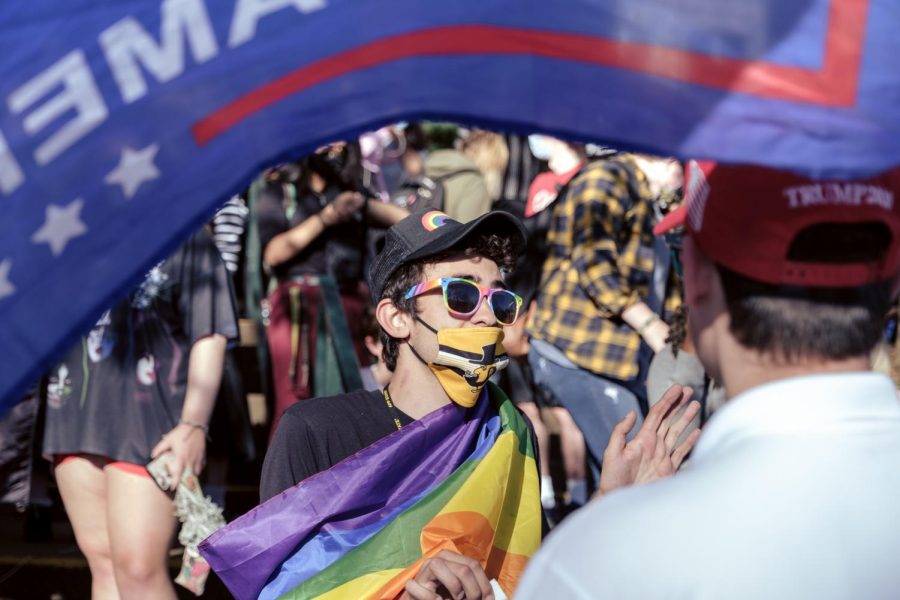 This is a timeline of news events that occurred between 2018 and 2022. Included in the timeline are both local and national events.

Bill Cosby was sentenced to between three and 10 years in prison Sept. 25, 2018. Cosby’s conviction was a milestone in the #MeToo movement and was the first prominent conviction following the international discourse on sexual assault.

The Watauga Democrats organized a march for women’s rights on King Street Jan. 20, 2018. The Boone march came a year and a day after over a million people marched for women’s rights in Washington, D.C., following the inauguration of Donald Trump in 2017.

SGA passed a bill Feb. 20, 2018 to rename Lovill and Hoey residence halls to Elkstone Hall and Dogwood Hall, respectively. SGA members drafted the bill because Lovill and Hoey were both racists and segregationists.

App State canceled classes Sept. 14-18, 2018 due to potential flooding from hurricane Florence. The hurricane caused $15.7 billion in damages and 42 deaths across North Carolina, according to the National Weather Service.

Notre Dame cathedral caught fire April 15, 2019. The fire caused the spire atop the cathedral to collapse. The cathedral received between $835 million and $1 billion in donations for repairs to the building.

A man killed 51 people and injured 40 at two separate mosques in Christchurch, New Zealand, March 15, 2019. Brenton Tarrant live streamed his attacks on Al Noor Mosque and Linwood Islamic Centre on Facebook. He was the first person to be sentenced to life in prison without parole in New Zealand.

The House of Representatives impeached former President Donald Trump for the first time Dec. 18, 2019 on charges of obstruction of Congress and abuse of power. A formal House inquiry accused Trump of foreign interference in the 2020 presidential election. The investigation centered around a phone call between Trump and Ukranian President Volodymyr Zelenskyy.

The university started construction on two new buildings and a parking deck on the west side of campus Feb. 15, 2019. Choate Construction removed trees on Duck Pond field and dug up the stadium parking lot.

Boone residents, students, faculty and staff gathered in downtown Boone to protest and voice their concerns about climate change Sept. 26, 2019. The protest was part of a global movement, where people all over the world raised awareness of the issue.

NBA legend Kobe Bryant and his daughter Gianna died in a helicopter crash Jan. 26, 2020. Bryant was 41 and his daughter was 13. The crash occurred in Calabasas, California. Students expressed their grief over Bryant’s death in the days following the event.

In the midst of the national protests after the murder of George Floyd, the football team held a peaceful protest in Boone. Elijah Diarrassouba and Demetrius Taylor led the march through town Aug. 28, 2020.

Black in Boone, a Black-led advocacy group, held a vigil for Breonna Taylor Sept. 26, 2020. Taylor was killed by police in her apartment March 13, 2020. More than 100 people attended the vigil in Cornerstone Summit Church.

Black at App State organized a march on campus from Sanford Mall to Chancellor Sheri Everts’ office Sept. 1, 2020. The purpose of the march was to receive acknowledgement from Everts for Black at App State’s demands.

App State sophomore Chad Dorrill died of COVID-19 complications Sept. 28, 2020 at the age of 19. Dorrill died from “additional complications” associated with COVID-19, according to Chancellor Sheri Everts. A family friend of the Dorill’s created a scholarship fund in his honor, December 2020.

Supporters of former President Donald Trump stormed the U.S. Capitol Jan. 6, 2021. The group entered the Capitol in an attempt to overturn the election result. The attack resulted in five deaths. Everts condemned the violence in a tweet Jan. 7, 2021.

“I was not going to extend this war forever,” said President Joe Biden.

All adults at App State and in the Boone community became eligible for COVID-19 vaccines March 30, 2021. App State provided the Johnson and Johnson vaccine to students for free.

Bailey Gardin and DJ Evans won the SGA presidency and vice presidency, respectively April 5, 2021. Gardin and Evans won with 64% of the vote and became the first Black administration in the past four years.

A standoff between a Boone resident and police resulted in five deaths April 28. Isaac Barnes killed his mother, Michelle Ligon and his stepfather George Ligon as well as two police deputies, Logan Fox and Chris Ward. Barnes also died at the scene.

Betty White died of a stroke Dec. 31. The 99-year-old actress was most known for her performance on the NBC show Golden Girls.

The Boone bar Cafe Portofino’s closed Jan. 11. The Boone Board of Adjustments voted to demolish the building Feb. 3.

The board of trustees appropriated $20 million for a new parking deck beside Holmes Convocation Center March 25.