Third-ranked UNC too much for Mountaineers 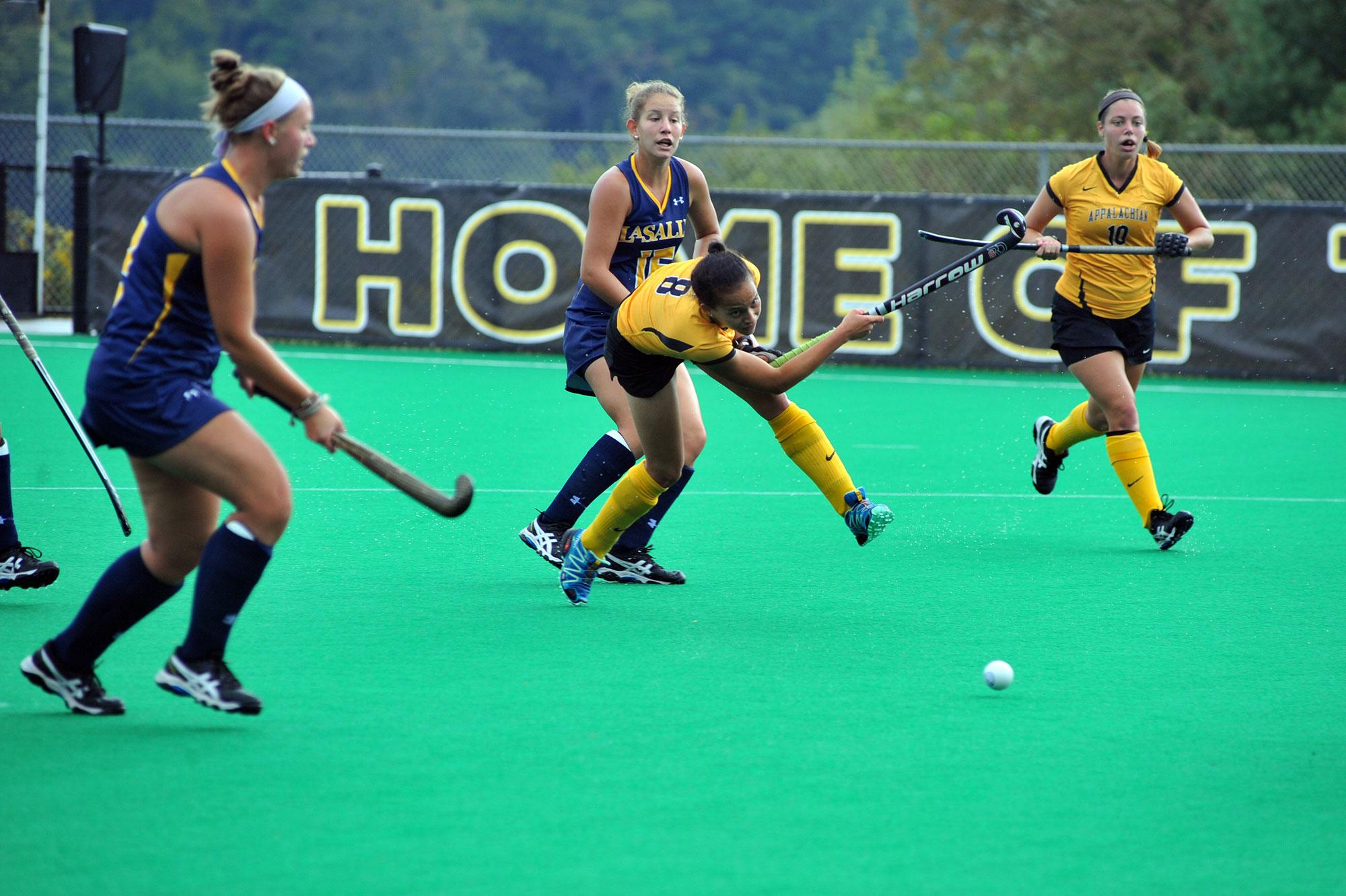 Head coach Meghan Dawson’s Mountaineer field hockey team went up against her alma matter, No. 3 UNC Sunday at Adcock Field in the pouring rain. Dawson and App State were no match for the Tar Heels, losing 8-2, with the outcome never in doubt.

UNC got on the board first, and did so quickly, with Gab Major and Casey Di Nardo scoring the game’s first two goals, respectively. Both goals came within the first four minutes of play.

The Tar Heels would add three more goals before App State could get on the board in the first half. Austin Cuneo, Malin Evert and Ashley Hoffman scored the next three goals, putting UNC up 5-0 with 12 minutes left in the first.

The Mountaineers staged a mini rally in the last 3.5 minutes of the first half, seeing midfielder Charlotte Kirwan and forward Micaela Diedericks score goals in quick succession to cut the deficit to three at the half.

“I was determined to score, I told my coach I would score before the game,” Diedericks said. “I wanted to be able to brag about [scoring against No. 3 UNC].”

Kirwan chose to view the goals as a learning experience as well as validation that Appalachian does have the talent to hang with everyone.

“It shows that we can run with a team like this, that we won’t just roll over, and we gave them a fight,” Kirwan said. “They weren’t happy that we scored on them.”

Despite the Tar Heels adding 3 more goals in the second half, Dawson liked what she saw from her team.

“I loved the second half, and the end of the first,” Dawson said. “It took a couple minutes and mistakes in the first half before we realized that we can run with them.”

Dawson also relished the opportunity to go up against her former collegiate coach, UNC’s Karen Shelton.

“It was awesome,” Dawson said. “I knew she was upset that we scored against her team, but she loves to see programs get better.”

Shelton spoke with the Mountaineers after the game, preaching hard work, practice and attitude in order for App State to continue growing as a team.

With the loss, Appalachian State falls to 2-7 on the year. App State returns to action Friday, when the Wake Forest Demon Deacons come to Boone. The game is scheduled for 5 p.m. at Adcock Field.