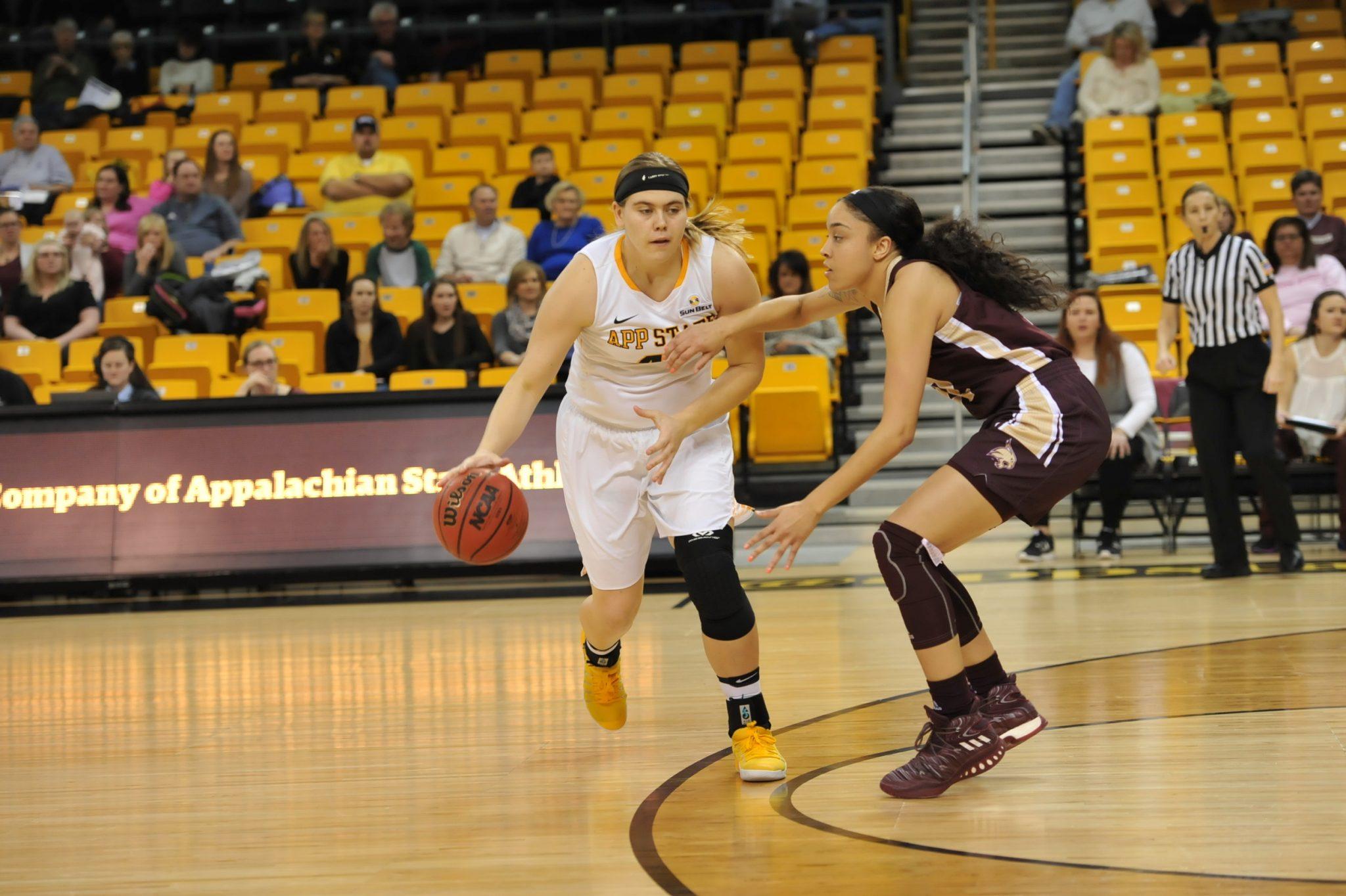 Both teams honored head coach Angel Elderkin before the game, wearing warm up shirts that said “Together we rise, Together we cure.” Women’s Basketball teams in the Sun Belt are teaming up with Coaches vs. Cancer this February for the 2017 3-point challenge. #WeFightWithA

The Mountaineers outrebounded Texas State 50-38, giving them 10 more than their season average, they tallied 31 defensive and 19 offensive rebounds.

Although the Apps usually shoot well behind the arc on a game to game basis, just under 30 percent on the season, they were only able to convert one triple on 17 shots.

Off of those 19 offensive rebounds, App only scored 14 second chance points.

Junior forward Katelyn Doub returned is starting to get into playing shape returning from injury.

Elderkin said she is at about 70 percent.

She totaled 11 minutes of playing time this game.

Providing a spark off the bench, Doub kept app competitive most of the game.

The Mountaineers were able to convert from the free throw line.

Averaging only 67 percent on the season, this was one of the bright spots of the game.

After the first quarter, both teams were only shooting three-for-14 from the field, 21.4 percent.

The Apps never pulled their percentage above that the rest of the game.

App was only able to to convert one 3-pointer on 17 attempts, rounding off a night they’ll want to forget.

This Saturday, UT Arlington comes into town to take on the Mountaineers in another conference battle. App will look to correct their mistakes and bounce back stronger at 1 p.m. in the Holmes Convocation Center.