Tourists in their own town: App State students quarantine in Super 8 hotel 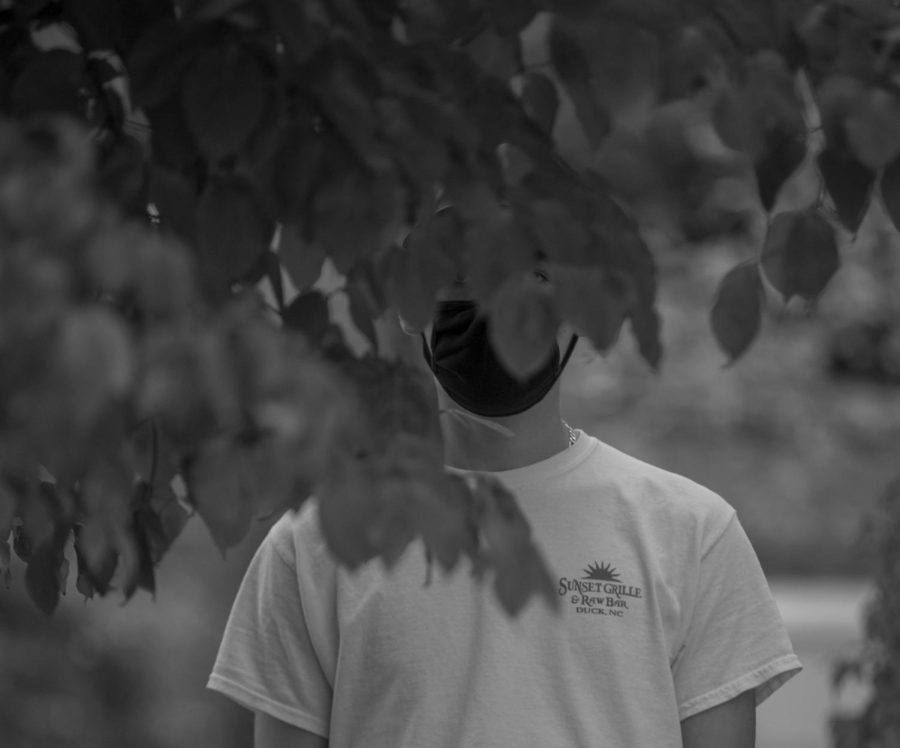 Instead of  hosting High Country tourists and travelers passing through Boone, Super 8 hotel on Highway 105 is hosting App State students in COVID-19 isolation and quarantine.

In an agreement with App State, Super 8 hotel houses students who have contracted COVID-19, or who have been exposed to it, to prevent further spread. App State booked all of the rooms and members of the public cannot currently stay there.

“In order to successfully isolate or quarantine, you really want to have a single bedroom, single bathroom setup,” said Ellen Grulke, interim director of case management at App State.

Super 8 provides a standard one person hotel room so those quarantining are able to have that single bedroom, single bathroom environment.

A representative from the Office of the Dean of Students informed two students who tested positive for COVID-19 that they had to go home or be moved into the hotel.

The students, who asked to remain anonymous, chose the Super 8 to avoid infecting their families at home. They were instructed to move into the hotel rooms as soon as possible.

Grulke said that the office understands it isn’t convenient for students to pack up and leave, so they give “space and time” to pack up their belongings.

App State also has additional, undisclosed off-campus locations for isolation and quarantine if the Super 8 fills up, Grulke said. As of Oct. 2, App State is using 28% of its total quarantine space, according to an email update from Chancellor Sheri Everts.

A number of students in the Super 8 come from on-campus housing. Grulke said off-campus students who don’t have access to a single bedroom, single bathroom environment can get a room as well. Students are not charged for their stay at the Super 8 while isolating.

Quarantine or isolation in the Super 8 usually lasts 10 days but can change depending on a student’s condition.

“It’s all circumstantial with how long their isolation or quarantine is and that’s usually determined by public health,” Grulke said.

There is a structured line of communication between students in rooms and the lobby, in case they need anything such as water or medicine.

“There were times where I called down where I just didn’t get anybody,” a student in quarantine at the Super 8 said.

Case managers, tasked with keeping students informed throughout their stay, are assigned to each student in quarantine or isolation.

The first student said he called AppHealthCare every other day and asked to be transferred to his case manager, but they never picked up even when he called three to four times a day.

Students admitted into the Super 8 for quarantine and isolation are required to sign an isolation order. In the contract from AppHealthCare, students are instructed to remain at the Super 8 and obtain approval before leaving. Also in the contract are instructions on what to do if a student develops further symptoms or requires medical attention.

Doors to the outside remain locked and individual room doors have tape over them to ensure no one leaves.

The first student said he enjoyed watching football on the large television. The second said every problem he had was fixed easily and in a reasonable amount of time. The second source also said he always had enough food and always got a call when it arrived outside his room door.

Every day between 5 p.m. and 6 p.m., App State staff comes to the student’s room with that day’s dinner and the following day’s breakfast and lunch.

The first source reported being given packaged oatmeal for every breakfast. For every lunch, he got a roast beef and cheese sandwich and an apple.

For dinner, students receive their only hot meal of the day, but both reported theirs being cold upon arrival. The first student said he had to heat his up in the microwave every night.

The second source sent a picture to The Appalachian, featuring a dinner of chicken, rice and vegetables along with half a dozen snacks and a note reading “Compliments of Chancellor Sheri Everts.”

Grulke said case managers have been talking with students about food preferences. This comes at a time when other universities, like New York University and University of Georgia, are being criticized for their quarantine meals.

“We don’t want students to dread getting their meals,” Grulke said.

The first source reported plumbing issues at the beginning of his stay.

“I was sitting and doing homework at the desk and I heard water coming from the bathroom,” he said. “Not even two hours of me being there, the water was overflowing from the toilet.”

One hour later, he was moved out of his original room into a new one.

“Neither rooms had hot water,” he said. “I had to turn on the sink and the shower to get any hot water. Even then, the hot water only stayed on for a minute.”

Grulke encouraged students who are concerned about the quality of their stay to reach out to the Office of the Dean of Students, adding that they understand how stressful isolation or quarantine can be and they want to help students cope.

Aside from those already in the Super 8, The Office of the Dean of Students case managers are reaching out to anyone who reports a COVID-19 concern, according to Grulke.

Grulke said individuals who have been identified as a close contact, whether or not they are symptomatic, should report it to the Office of the Dean of Students. Grulke said the office will connect that student with the services to make sure that they are able to quarantine and isolate appropriately.

There is no formal check-out process from the Super 8, but students must email their case manager in the Office of the Dean of Students one business day prior to checking out to allow time to coordinate transportation or support needs.

Grulke emphasized that the App State community must take COVID-19 seriously, noting it is more important than ever right now with a rise in cases and the death of student Chad Dorrill.

“Everybody who is a part of our campus community needs to wear a mask, wash your hands and be six feet apart from each other,” Grulke said. “It’s not ideal but if we don’t take that seriously people will be harmed in some way.”