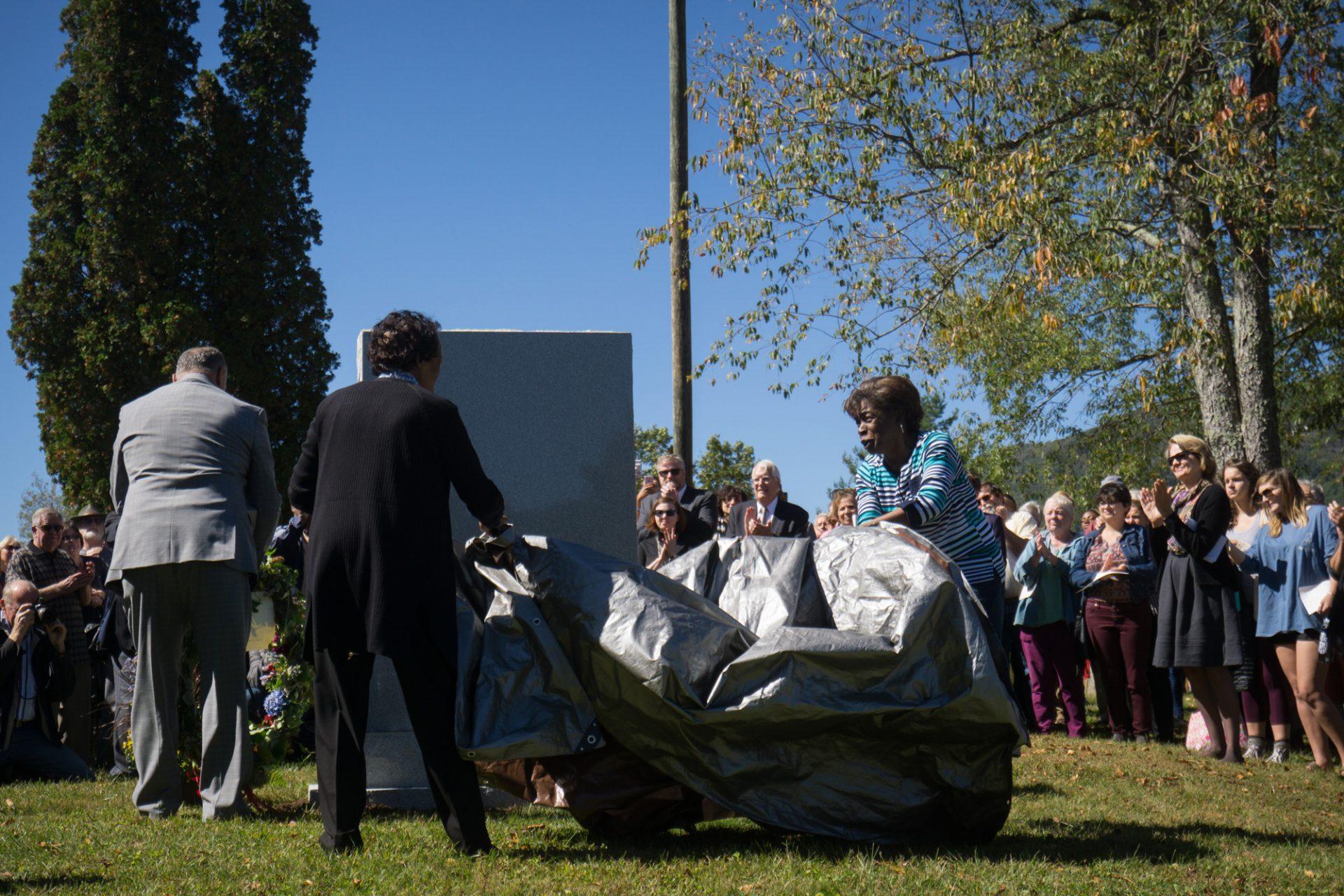 A marker commemorating the unmarked graves of African-American residents of Boone was unveiled Sunday to a crowd of around 100 people in Boone Cemetery in an effort to preserve the long history of Boone’s traditionally black Junaluska community.

Susan Keefe, professor emeritus of anthropology at Appalachian and member of the Junaluska Heritage Association, said the marker contains the names of 65 individuals who it was determined, based on courthouse records, were buried in the cemetery. She said a ground penetrating survey of the land determined there were over 150 graves at the site.

Eric Plaag, principal consultant at Carolina Historical Consulting LLC, said there could be other graves not found by the survey because the acidic soil in Watauga County breaks down the simple pine coffins used in burials of the time pretty quickly.

Roberta Jackson, facilitator of the Junaluska Heritage Association, said they decided it was important to have a marker in the cemetery because many people do not even realize there is a historically black community in Boone.

“We have people who have come from out of town,” Jackson said. “We had a guy who came from Salisbury and his wife because they had people buried up here and they didn’t know where they were buried. The reason [we did this is] so people can reclaim their history. I saw him down on his knees taking a picture a few minutes ago, so that’s one of the reasons, so people will know where they come from.”

The Junaluska Heritage Association is a group organized around protecting the unique historical legacy of the Junaluska Community here in Boone, one of the oldest traditionally black communities in Western North Carolina.

Keefe said the town has also renovated the Boone Cemetery to make it readily apparent that there are people buried in the African-American section of the cemetery by putting a fence around the entire cemetery.

“It had been noticed that students were sunbathing on the lawn, that dogs were relieving themselves on the lawn and so on and people didn’t really know it was a cemetery because there were no gravestones,” Keefe said.

Keefe said in the 1950s, members of the Junaluska community began burying their dead at a site just out of town at the Clarissa Hill Cemetery.

She said the Junaluska Heritage Association is currently working to create an oral history of their shared past and has been organizing “Junaluska Jubilees” to celebrate influential members of their community.

The Junaluska community has traditionally lived above Queen Street, a location that has become more desirable for student housing and condos recently, Keefe said.

“The land that used to be viewed as unproductive and marginal nowadays has a view, it’s on the hill, it overlooks the valley,” Keefe said. “It’s got some beautiful views, condos have already been built in the neighborhood and gentrification has been going on.”

She said that since many of the buildings in the Junaluska community have been renovated with vinyl siding they are not eligible to protection afforded to other historic buildings, making it up to individual property owners if they want to keep the historical character of the neighborhood intact.

Keefe said around 90 members of the Junaluska Community remain and that many left in the last half of the 20th century as economic opportunities elsewhere in the state opened up.

Plaag said that a marker like this has a hard time capturing the living history of the area and that even since its commission there was another person buried there discovered.

Keefe said she thinks cemeteries are an important part of a community’s history and need to be preserved to help understand the lives people used to live in the area.