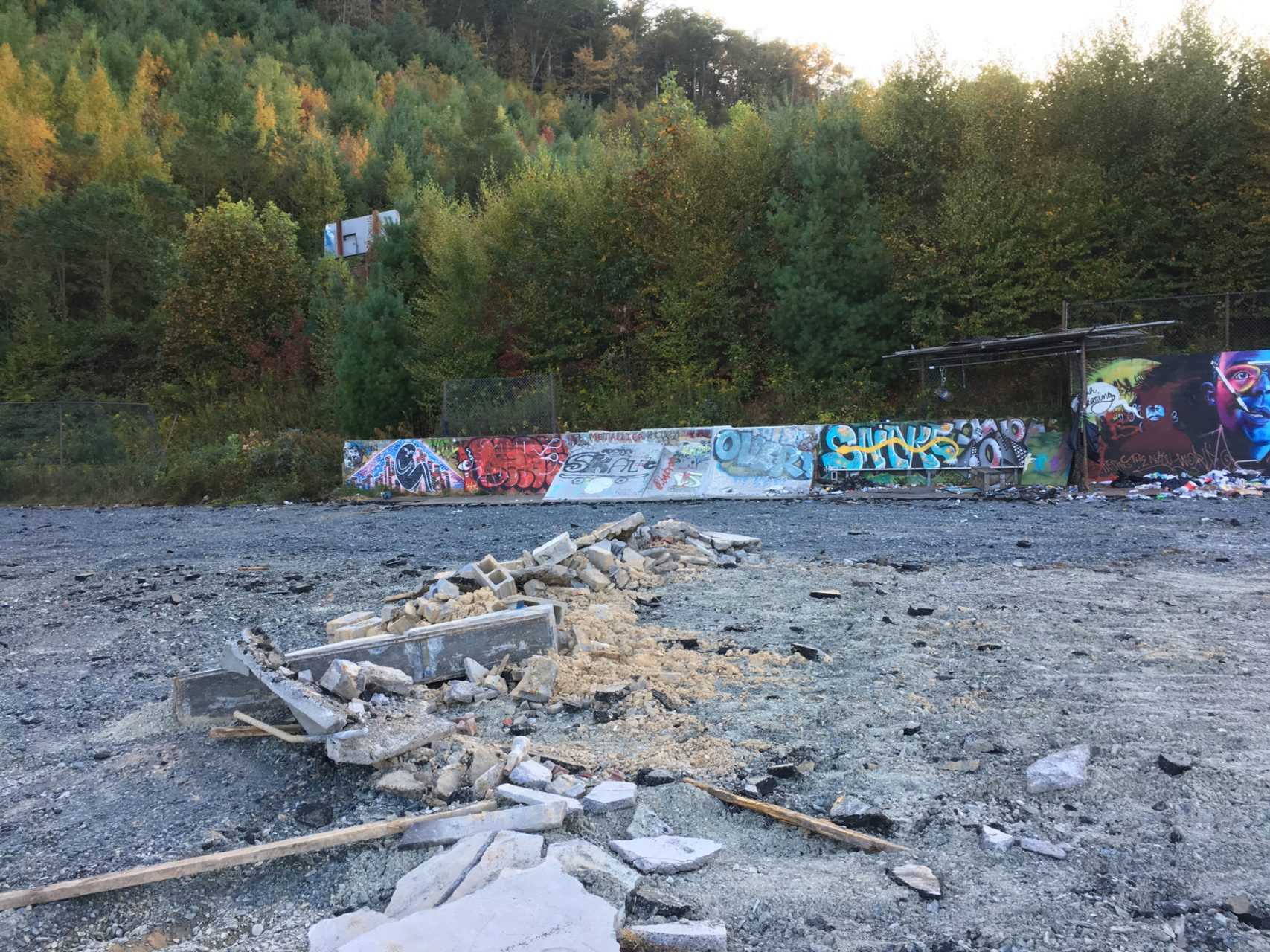 The remains of the Boone DIY Skatepark at the old Watagua High School property. The skate park was demolished earlier this month after Appalachian State took possession of the property.

Starting Wednesday, the town of Boone will be holding meetings to find an acceptable location for a new skatepark after the one at the old Watauga High School property was demolished.

The meetings will be attended by officials from the town and county, along with Appalachian students and the owner of Recess, a local skate shop.

Council member Jeannine Collins said she had been looking at the issue of skateboarding in Boone since a presentation was given by members of a skateboarding club at Appalachian a year or so ago, but the issue flared up again after App State bought the old Watauga High School property.

“I felt like there needed to be a proactive committee to get together representing the county, the town, the university and the private sector to talk about these two issues,” Collins said.

Megan Hayes, director of communications at Appalachian, said while there are no plans to allow for skateboarding, since it is prohibited by university policy, Vice Chancellor for Business Affairs Paul Forte will be representing Appalachian at the first meeting of the committee.

J.P. Pardy, owner of Recess, said while he is disappointed that they were unable to keep skating at the old high school, he is thankful to the town and county for working with them.

Pardy said the committee will be looking to identify unused sites that are owned by the town where they could set up a new skate park, with much of the funding expected to come through Kickstarter or other crowdfunding venues.

“At the end of the day, all the funding came from local fundraising,” Pardy said. “Really most of the guys were just coming out with a few bucks and building something that day.”

Pardy said that for people who are not into team sports, skateboarding provides an alternative outlet to exercise and express themselves.

Pardy said he is glad to have the support he has from the town of Boone and feels optimistic that action will happen by next year.

Collins said she would like to have a presentation be given to all relevant parties by December of this year, a quick turnaround, but she is confident that it can get done.

She also hopes to have conversations about what legal skateboarding would look like in the town of Boone, citing proposals like prohibiting skating on King Street, but allowing it in the rest of town as possible solutions.

Collins said she wants to look at how Asheville has handled the issue, since the town has a similar hilly terrain.

Comparing the similarities between skateboarding and biking, Collins said  both carry safety risks, but with proper protection and regulation, they can be a safe mode of transportation.

“I think if we can mesh and look at different regulations it will be successful,” Collins said.

Collins said she thinks the town is heading in the right direction on the issue of skateboarding.

“I think we have it now,” Collins said. “I think by the formation of this committee and some people being sympathetic to it and seeing that there is a push for it that we do need to come to some resolution.”

The first meeting will be held Wednesday, Sept. 27 at 10 a.m. in the Jones House.