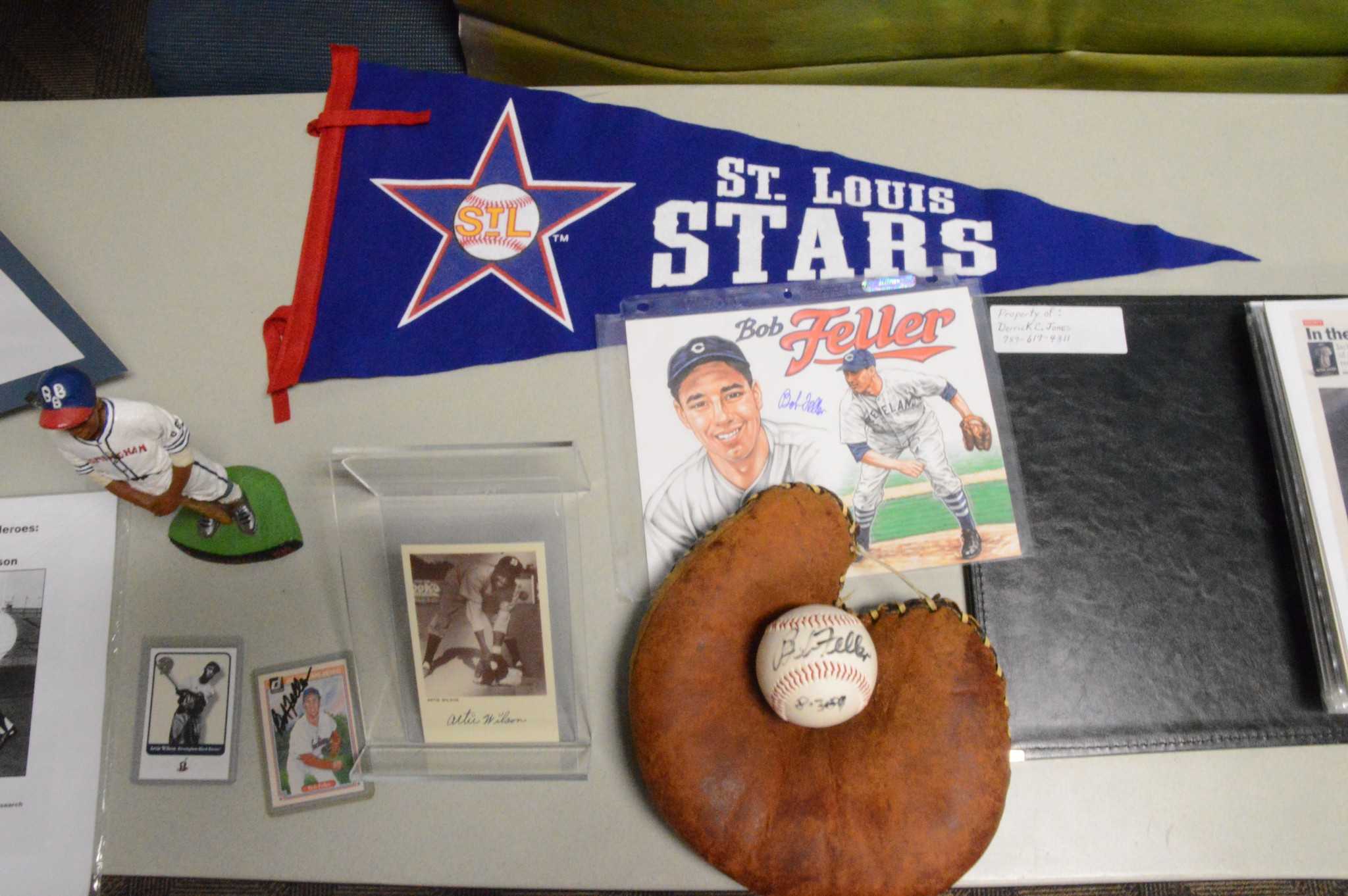 An event of interest was a presentation from alumni Derrick Jones, class of 1979. Jones, a former teacher, has a traveling museum of artifacts and memorabilia from the Negro Major League of baseball that includes baseball gloves, photos, jerseys, autographs, trading cards and figurines.

Although he has many items he holds dear, his favorite is a picture signed by Rachel Robinson, wife of Jackie Robinson, the first African American player to integrate into Major League Baseball.

Jones’ presentation came at a special time, as his presentation was just a day before the April 15, 1947 anniversary of Jackie Robinson playing with the Brooklyn Dodgers for his first MLB game.

The importance of what has come to be known as Jackie Robinson Day helped ease racial tensions at the time, Jones said.

Jones’ presentation, “A History of the Negro Leagues Baseball Era and Players,” has taken him to schools across the states of Virginia and North Carolina, he said.

Although Jones’ presentation is catered to elementary aged children, his 4:30-5:30 p.m. showing in the Roan Mountain Room had a turnout of about 25, which included local children, Appalachian students, professors and Chancellor Everts.

One of his favorite things about teaching the children, Jones said, is getting them to understand that initially African Americans were not allowed to play Major League Baseball.

“For them to learn some of the names of the ball players who had exceptional baseball skills and they exhibited those skills in the Negro Leagues, but how they weren’t allowed to exhibit them in the Major League until April 15, 1947,” Jones said.

Everts, who said she was attempting to go to every event included in the Diversity Celebration said she loved Jones’ presentation.

“I liked how it was so interactive with the kids,” she said. “This is my first diversity celebration that I’ve been to, but what I really love that I’ve seen so far is that we involve so many younger kids from the community and just this presentation alone, and getting to witness all that they learned while being actively involved was fabulous.”