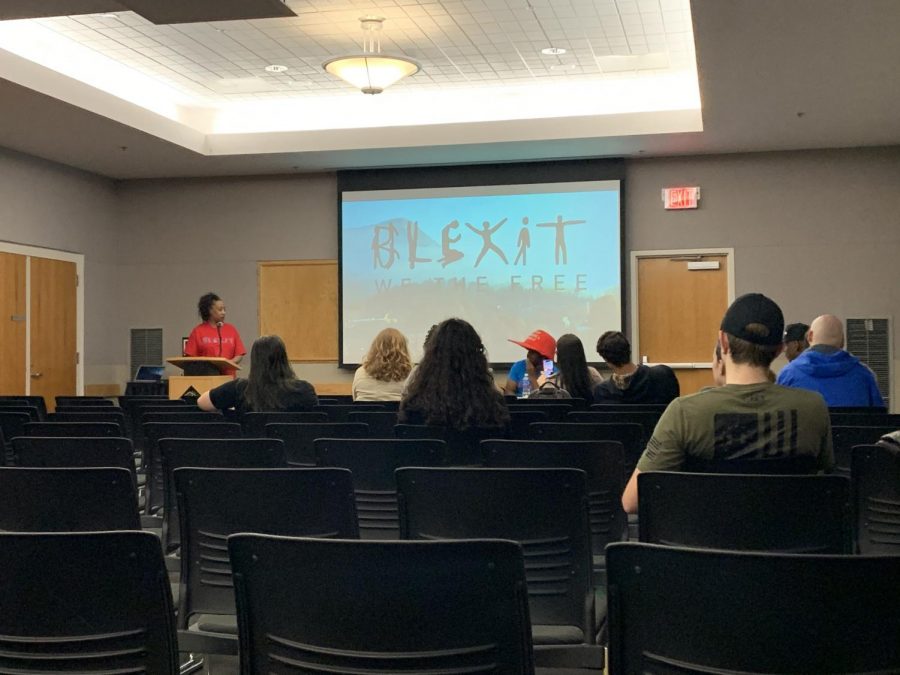 BLEXIT is a nonprofit that advocates for empowerment of the black community through traditionally conservative viewpoints. BLEXIT advocates that black people do not have to be Democrats, and that they are conservative because they vote to match their struggles.

Panelists discussed topics within black and conservative communities such as criminal justice reform and cultural divides within the United States.

Osigah Kakhu, panelist and leader of BLEXIT Charlotte, helped draft the First Step Act. The First Step Act is a program that helps people get early release from prison. It rehabilitates prisoners back into society by helping them get jobs, Kakhu said.

Greensboro leader of BLEXIT, Bryson Gray, spoke about cultural divides within the United States and the black community. He said the media has an agenda to keep the black vote on the liberal side, even if they do not have the best interest of black people.

“The easiest people to control are the people who are divided,” Gray said.

He said black voters should unify over what is best for them. 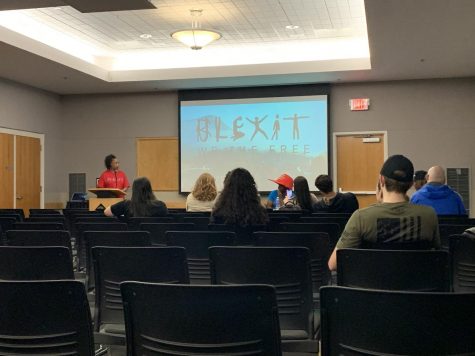 “I liked the event because their main idea is to question popular narratives and ask if they make the most sense. Challenging your own beliefs either helps you solidify what you believe already or awakens you to a new perspective,” Grinsted said.

Though attendees perceived the event positively, App State Turning Point USA’s president John Moncrieff said he wished more people attended. Turning Point advertised the event on social media for two months prior, but when flyers for the panel went up last week, most were destroyed or torn down within a few hours, he said.

“It is an attempt to silence us. It is only our second event and people are trying to silence us,” Moncrieff said.

Despite the empty chairs, audience members who attended the event interacted with panelists during their question and answer segment. After the panel finished, some attendees stayed behind to have one-on-one conversations with BLEXIT members and take pictures with them.

Chambers said she feels proud of how much BLEXIT has grown.

“It is growing very fast. We already have 300 members, and that does not include fans or followers of the movement,” she said.

BLEXIT hopes to keep momentum of the movement as it heads toward  its rally in Fort Lauderdale, Florida, scheduled for March 8.