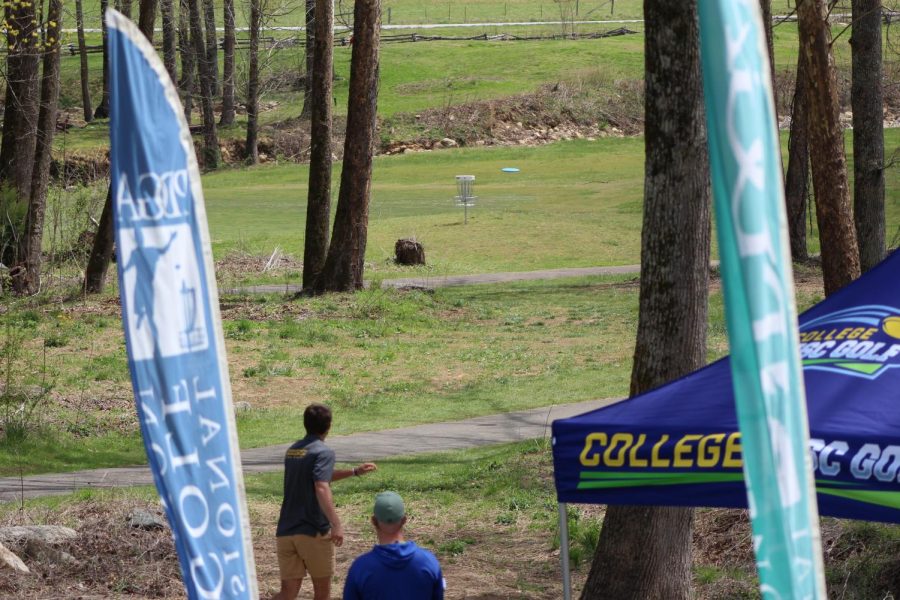 App State has many club sports available for students to take part in during their time at App State, and one of these clubs is the recently-formed  disc golf team.

The club was officially introduced in 2018, and before then, it was a student-run Facebook group that was not affiliated with the clubs and organizations at App State.

“This is the first instance in which the club is actually affiliated with App State clubs and organizations,” club adviser John Pearce said.

Disc golf, much like ball golf, can be a sport that may feel very individual at times. However, the disc golf team provides the opportunity for players to meet others who share a passion for the sport. This gives the club a strong sense of community on the course that helps develop bonds that often carry over off the course.

“When you meet the people who have the passion for the sport you love, that is immediate common ground,” team member Jackson Palmer said.

Palmer and Matthew DaCosta, his doubles partner, saw their bond develop so much that they decided to rent a campground and camp out together for a weekend near the course where a tournament was taking place.

“We hung out after the rounds in the tournament, and ate dinner together, and we talked about our hobbies and passions outside of disc golf,” Palmer said.

The team competed in four tournaments this season, including the 2021 College Disc Golf National Championship April 7-10 at the North Cove Disc Golf and Social Club in Marion, North Carolina. Tournaments take place throughout the year in various parts of the country and after regional qualifiers, the national championship is held for teams that meet the qualifications.

The club performed well in the Wolfpack Cross County Classic Feb. 27-28, with every team member scoring under par on the final day of the tournament. One doubles pair finished in the top ten, placing ninth overall.

Three App State doubles teams went to the Tiger Town Throwdown March 7-8, hosted by Clemson Disc Golf. One pair finished the first round of the tournament with a score of 14 under par and an overall finish of 18th. Despite rain during the Liberty Flamethrower the 27-28 of March, Palmer and DaCosta earned a top ten finish.

“We fought back hard, without ever having seen the course before, until we walked up and played it,” Palmer said.

“After Marc took over as president, the club turned the corner and the national championship was the culmination of that hard work,” Palmer said.

Recently, the team has shuffled pairs around, allowing players to have a different doubles partner than the one that they have competed with in previous tournaments. In some cases, this may affect  team performance, but Palmer believes that the club has the type of chemistry that allows for anyone to be paired up together.

“The club as a whole, especially the team, is just a group of tight-knit guys,” Palmer said.

Disc golf has been growing in popularity over the past few years and when the pandemic saw many sports and recreational activities stop, disc golf saw more people picking up the sport due to its outside and socially-distant nature.

Pearce said courses that would not have been full a couple of years ago have so many people playing that longtime players are facing backups on the course that they aren’t used to.

“Overall, the impacts are positive because it’s getting people outside and doing healthy things,” Pearce said.