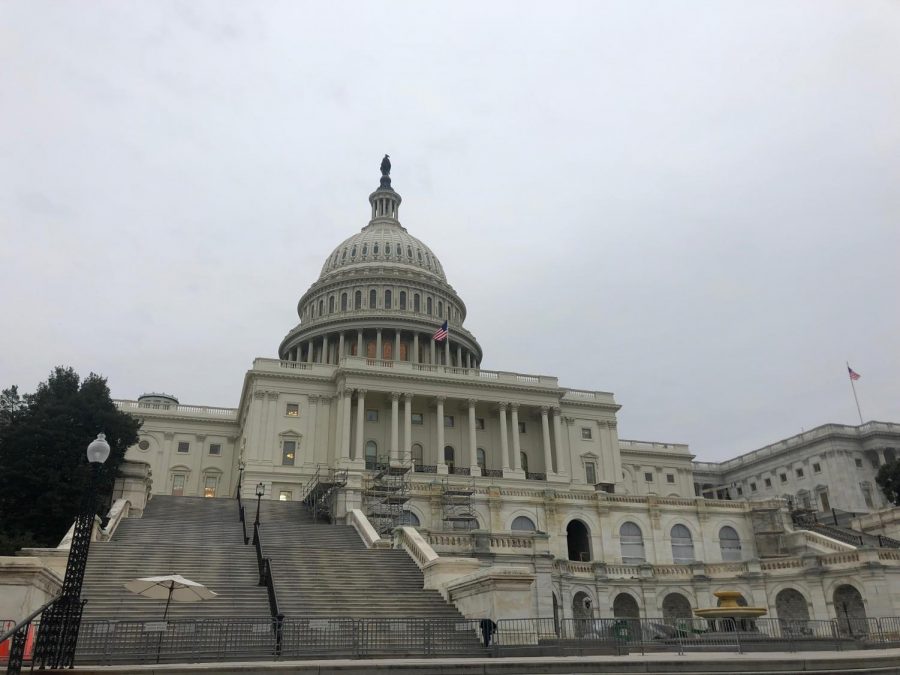 A pro-Trump mob stormed the U.S. Capitol Jan. 6 while Congress certified the election. Liberal and conservative members of the App State community have condemned the violence and mourn lives lost.

Last week, a pro-Trump mob breached the U.S. Capitol as Congress gathered to certify the results of the 2020 presidential election. Since that day, Twitter, Facebook and other social media outlets have banned the president from their platforms. And, the House of Representatives voted Wednesday to impeach the president again — the first time a president has been impeached twice in the United States.

Now, as more information about the insurrectionists at the Capitol and the president’s response is revealed, people across the country, including members of the App State community, are moving forward with new considerations about a peaceful transition of power and the inauguration of President-elect Joe Biden and Vice President-elect Kamala Harris Jan. 20.

“Realizing that they were in the Capitol, I think that’s what really blew me away. I don’t think anybody thought it would go to that level,” said Dalton George, canvassing director for the Watauga County Democratic Party.

George said what happened at the government building was inexcusable and “isn’t patriotism … despite the fact they were waving American flags.”

Korbin Cummings, a senior and leader of the Black at App State Collective says the Jan. 6 riot was frustrating, shocking and disgusting.

“(I was surprised at) how poorly the nation’s Capitol handled this situation, especially considering that the protests they were going to have (were) well advertised on social media,” Cummings said.

She also said the police response to the Capitol riot was disturbing because of the historically-aggressive treatment of Black Lives Matter protestors this summer, and beyond.

“I remember seeing a picture during the Black Lives Matter protest and there was the National Guard clearly in front of the steps whereas with the attack on Capitol Hill, that was not the case,” Kubiak said.

Cummings protested alongside friends at Black Lives Matter movement marches this summer, which drew in police armed with riot gear, pepper spray and rubber bullets across the country. She says that like thousands of others, she faced opposition from the police.

“(Their response to the riots) made me think about how I was treated and many of my comrades were treated in the summertime when we were tear gassed, when we were pepper sprayed,” she said. “We were shot at with rubber bullets, we had flash bangs thrown at us, we had tanks and we were beaten. I’ve had friends who were beaten and arrested for less.”

App State College Republicans President River Collins said the mob’s white privilege was “one of the most bizarre things” he noticed at the Capitol, however he doesn’t hold the two protests “in the same regard.”

“ (Black Lives Matter) riots hurt people, destroyed businesses, killed innocents , and ruined livelihoods. This was a takeover of the Capitol building that scared politicians,” Collins said. “I think that innocent people getting pulled into something and their lives getting destroyed over something they’re not involved in at all, the majority of them, is terrible.”

Collins said he finds the the loss of life and police injured at the Capitol tragic. He also said he doesn’t hold Black Lives Matter activists accountable for lootings and riots, but blames the “few extremists” in the mix of “good people, peaceful protestors.”

As a Black female organizer living in a small town in the South, Cummings says she and her family members worry about her safety when she is organizing because of the possibility of violence like that at the Capitol.

Collins believes that while events at the Capitol weren’t entirely Trump’s fault, the president added “fuel to the fire” with his rhetoric and refusal to act.

“I’ve been to a Trump rally. He knows how to fire his people up and make them feel like they got screwed, and a lot of people don’t really think far beyond that,” Collins said.

Collins says he thinks critically about the president’s words, but other supporters take Trump’s words at face value.

Madison Grinstead,former president of the App State chapter of Turning Point USA, a far-right political group active at high schools and universities across the country, says that voices of Trump supporters are not often heard on her alma mater’s campus.

“I think it is important to understand that (Trump) speaks to people where they are, and a lot of them feel looked down upon by coastal elites or politicians who make promises that they do not seem to keep,” she wrote in an email.

Since the events at the Capitol, national news networks have played clips from Trump’s speeches, including the speech the day of the riot. Grinstead said she thinks some of these clips are taken out of context.

“Regardless of what really happened … at the end of the day, to the media and everyone who turned on the news, Trump supporters stormed the Capitol,” Collins said. “It’s disheartened a lot of people and they’re worried about the future of the party.”

Grinstead says those who invaded the Capitol should be arrested and charged accordingly.

“The simple answer is that violence should not be the answer, nor should it be condoned by either political party,” she said. “I don’t think anyone is happy with the damage done nor the lives lost, and I hope our country can find some unifying elements to quell the unrest that we have seen throughout the majority of 2020.”

Cummings agrees that the insurrectionists should be held accountable, and says American politics needs a greater focus on equity and recognizing that COVID-19, economic troubles and the results of the election are heightening emotions for many people.

With politicians criticizing the president after Capitol Hill’s events, Kubiak has hope for the country’s leadership.

“I think it’s important to see people from both sides standing up against what Trump is doing right now,” she said. “I think it shows that our future leadership has potential to fight for truth and justice versus what happened and the false claims about the election by the president.”