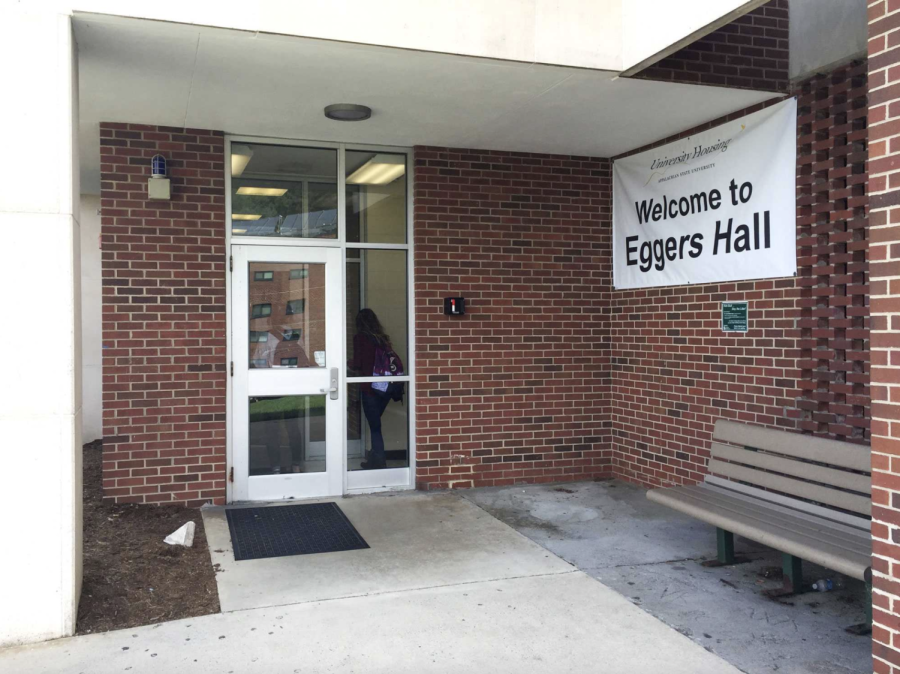 An App State employee was arrested in connection to a peeping tom incident in a west side residence hall, according to University Communications.

On Oct. 15 a mobile device belonging to a university employee was reported in a shower vent on the third floor bathroom of Eggers Residence Hall.

The employee has been identified as 49-year-old Jerry Alan McGlamery of Wilkes County. Upon seizing the phone, App State Police obtained an arrest warrant for the App State Facilities Employee.

McGlamery was taken into custody Oct. 22. He is on investigatory leave and is not permitted to return to campus. McGlamery has not worked on campus since Oct. 15, the day of the incident.

App State Police visited the students who live on the third floor of the all-female identifying dorm Oct. 25 and told them the phone was an employee’s and he had been arrested. They did not say his identity.

Representatives of the university’s counseling center and the Office of the Dean of Students also met with resident assistants and students of Eggers Residence Hall, according to University Communications.

On the App State crime and fire log, the case is classified as a peeping tom incident. According to North Carolina law, this offense can be a misdemeanor or a felony depending on if the perpetrator took videos or pictures.

Submitted by a resident on the third floor of Eggers Residence Hall: The shower vent connected to the housekeeping closet has been covered up after a hidden camera was found in the vent. pic.twitter.com/dwi3ckzkZr

Although they were given new information, many Eggers residents were still disturbed by the situation.

“On a scale of 1-10 of how angry I am, I would say I’m an eight because of how secretive they were being about it. They weren’t giving us information when they should have, and I feel like they are holding back on information for the victims, and we deserve to know,” said Autumn Ash, a freshman business major who lives on the third floor of Eggers.

Ash said that the officer who visited the residents told them police aren’t sharing much information because the case is still ongoing.

The vent where the student found the phone connects to a housekeeping closet that only those with a key can access. On the morning of Oct. 16, the vents were closed off.

“I feel gross when I think about it because of the fact that it could be someone who has access to our rooms and can probably just do whatever they want when they want,” said Jackie Oliva, a freshman nursing major who lives on the third floor of Eggers.

Correction: A previous version of this story incorrectly stated that App State Police estimated the phone was in the vent for roughly one hour.