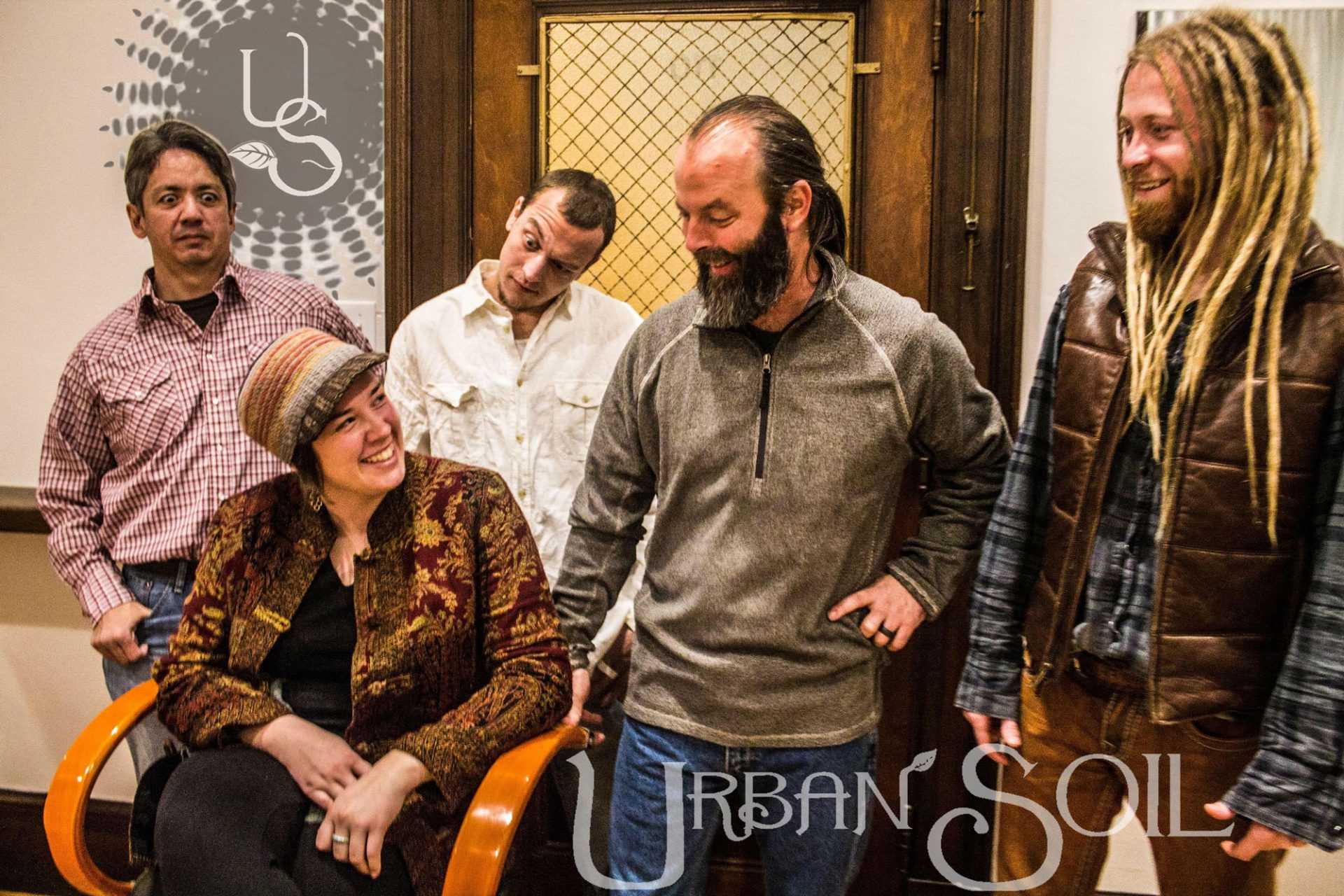 Urban Soil is a five-member band hailing from Raleigh, North Carolina, that aspires to combine everything from rock and rap to funk and jazz in an experimental jam-session atmosphere.

On Feb. 8, Urban Soil will begin the second leg of its 2018 tour across the southeastern United States. Their first stop: Boone Saloon.

Though the band’s members are all from Raleigh, senior music therapy major Sarah Reinke is currently living in Boone while attending Appalachian State, hence the band’s first stop.

Reinke, a vocalist and guitarist for the band, joins guitarist and vocalist Eric Chesson, drummer Jonathan Wilson, bassist Leo Kishore and violinist, vocalist and drummer Gregory Meckley to make up the five-piece ensemble.

Chesson started the band with his daughter in 2012. When she graduated from high school, Chesson recruited Reinke. Meckley, Kishore and Wilson followed suit, the latter two joining the band within the past year.

The members of Urban Soil pride themselves in the unique fusion of genres their band performs. Though they get much of their heritage from the formative roots of American rock music, Urban Soil takes influences from a wide number of genres. Their repertoire also draws from genres including bluegrass, rap, Latin, funk and reggae.

“Everybody’s got their own personal influences that they bring to the band,” Meckley said. “I follow the drummers of Led Zeppelin, Tool, Dave Matthews Band and tons of local drummers and bands that have influenced me and my growing process, this band included, as a matter of fact.”

When the band gets together to create music, they typically start with a song mostly written by one member. Then, as the other musicians play the piece together, their individual influences begin to shape and meld the song until it becomes something created by all of them.

“It’s good that everybody’s got different seasonings to bring into the recipe, you know,” Meckley said.

The band’s wide variety of influences and collaborative style is what Urban Soil hopes will make their shows appealing to listeners. They switch and morph between genres at their shows, so that people who do not like one song may like the next. Longtime fans have told the band they never know what to anticipate with each new album.

“It really is a fusion band because we really do have five or six core genres we’re coming from,” Chesson said. “We come out of the roots of rock, and we get a lot of our heritage from classic rock and formative genres of American roots rock music. We also play some stuff that leans heavily on bluegrass and funk and jazz. We meld those into classic roots rock genres.”

Right now, Urban Soil is finalizing new songs and old in preparation for the second leg of their tour. The band’s first stint this year spanned from Charleston, South Carolina to Macon, Georgia. The second will begin at Boone Saloon on Feb. 8. From there, the band will travel back to Raleigh, connecting Reinke’s home in Boone and the band’s hometown in Raleigh.

For the first two shows of Urban Soil’s tour, the band will be traveling with the Charleston, South Carolina band Dangermuffin. Dangermuffin, an Americana folk band, was started in 2007. Their most recent album titled “Heritage” came out in May 2017.

Their tastes are slightly different. Dangermuffin has a softer, more laid-back sound than Urban Soil’s, but Urban Soil is excited for the groups to team up.

“They’re seasoned musicians, and you can hear that in their sound, for sure,” Reinke said.

Urban Soil is also excited to use the tour as an opportunity to debut new music.

“We put out an album in 2016, and this year we’re gearing up to release some new music and some new recordings,” Chesson said. “I’m really excited about the new songs we’ve been writing. They’re just fun, they make you feel good.”

The band’s tour will introduce a few new songs and make way for the band to release recordings to their fans in the future. The band has also begun releasing songs on Spotify and has music videos available on YouTube.

“We’re all really confident soloists, and we’ve been playing with each other for a number of years now,” Chesson said. “So I would like to say it’s pretty good musicianship all throughout the band. It’s a high energy show that keeps people on their toes.”

Urban Soil will perform at Boone Saloon at 10 p.m. on Feb. 8 before performing across North Carolina and Virginia until April 27. Tickets are $7 in advance and $10 at the door.