US 221 closed for rain damage repairs 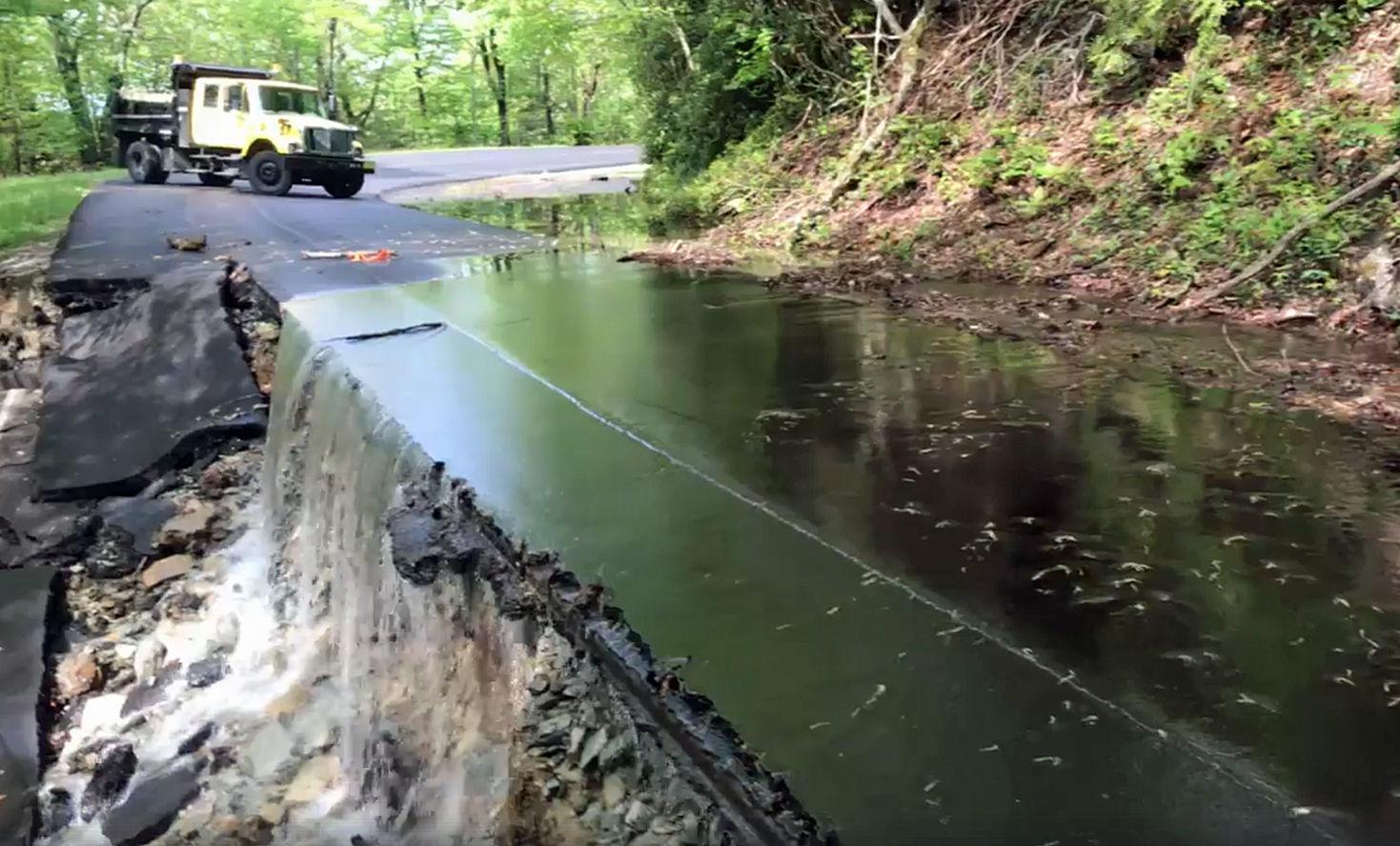 The portion of US 221 between Pilot Ridge Road and Edgemont Road was closed due to a washout from all of the rain Watauga and the surrounding counties have received in the past two weeks.

The average daily traffic for the road is 580 cars, according to the North Carolina Department of Transportation’s AADT Web Map.

Travis Henley, county maintenance engineer of NCDOT’s Avery County Maintenance Yard, said he is hopeful US 221 will be open in the next two to three weeks if there are no more rain delays.

“We have great guys out here getting stuff open and serviceable in a good amount of time,” he said.

In addition to the work of NCDOT’s Avery County Maintenance team, they are seeking federal aid for the considerable damage.

“We have been compiling data and estimates for our recent damages to submit to Federal Highways and FEMA as we have extensive damage, especially within the Grandfather Ranger District in the Pisgah National Forest,” Henley said via email.

The rain and thunderstorms have left many of the surrounding areas with obstructions to travel and major damages.

Additionally, Henley said that all of the rain has caused the soils around the roads and on the mountain to no longer be able to hold as much water. If there are more high volumes of rain to come, it could set back repairs even more.

“We are waiting for the GeoStabilization International to finish wall construction, and then we will prep for paving,” Henley said.

Since the May 18 road washout, a second detour had to be used via NC-105 and US-321, but the BRP Association reported that the viaduct road was reopened this weekend.

The BRP Association said that the Tanawha Trail that goes under the viaduct is still closed due to heavy rain, but that the Blue Ridge Parkway can now be used for transportation, rather than the US 221 detour.

Featured image caption: US 221 is closed between Pilot Ridge Road and Edgemont Road due to a washout from all the rain.

Featured photo from The Avery Journal