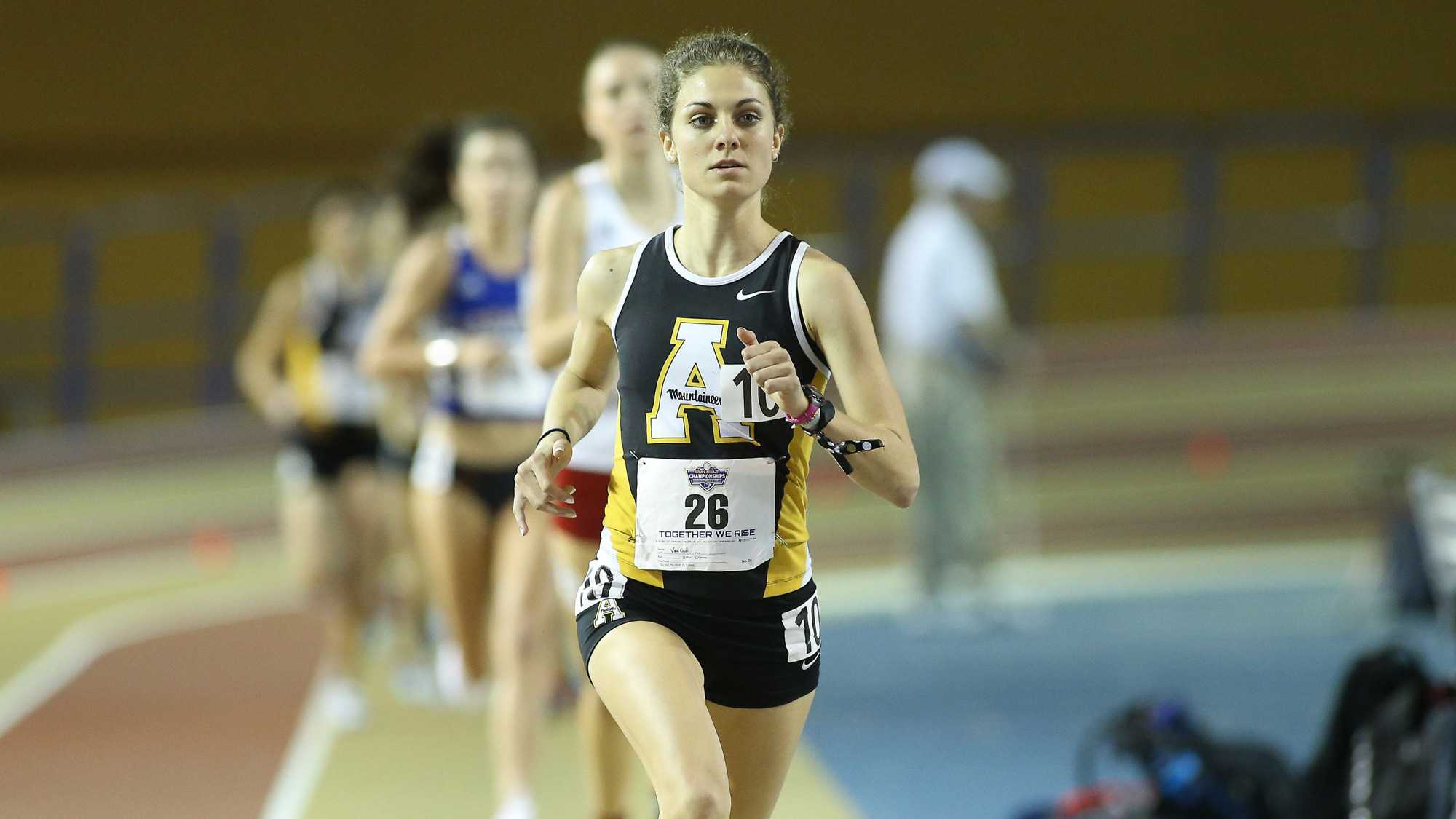 Nowadays that name looks an awful lot like her’s. That’s because she’s the one breaking her own records.

The App State senior distance runner out of Chapel Hill is fast. How fast? A sub-five minute mile, and has qualified for the first round of the NCAA Track and Field Championships every year while at App State fast.

Van Ord chose Appalachian because it was Division I, in North Carolina, and she loved the mountains. She considered it the “perfect fit” for her.

During her freshman year, Van Ord feels she didn’t represent her true self.

In the Wake Forest Open, Van Ord ran a personal best and placed first in the 5,000-meter with a time of 17 minutes, 13.78 seconds. At the SoCon Outdoor Championships, she ran another personal best and took home fifth in the 1,500-meter with a time of 4:32.10. Even though she placed in the top five in several of her events, Van Ord wasn’t satisfied with her performance and her overall mindset on the sport.

“My freshman year wasn’t that great,” Van Ord said. “I had a bad mentality. I was too much of a perfectionist. Once I started enjoying running more, I got better my sophomore year and then from there it just kind of took off.”

App State track and field head coach John Weaver said that people like Van Ord are a motivation for the rest of the team.

“They don’t put limits on themselves, they put destinations,” Weaver said. “Their destination is to be the very best they can be.”

Weaver went on to say that they are simply trying to succeed “until they can’t succeed anymore,” and that’s what he loves about this team.

As far as the remainder of the season goes, Van Ord is focused on her final shot at the NCAA Track & Field Championships. She has never been able to escape the preliminary round, year after year of making it to that point. All of the races she has won, awards she’s been given and records she has set mean nothing to her or anyone else at the starting line.

“You don’t wear your medals on the starting line,” Van Ord said. “A lot of people don’t know who you are so you’re just in that moment.”

The NCAA Preliminary Round Competition is held at the University of Kentucky May 25-27. The top 48 athletes from each event in the East Region will be accepted into the competition.

Van Ord said that during her previous trips to Kentucky, she psyched herself out. The realization that she is running with some of the best runners in the country sinks in and doubt begins to take over.

This time around, she plans to focus on the simple fact that “we’re all in the same race.”

“Tristin has shown that year in and year out, she can put herself in that position and challenge anyone in the Sun Belt and certainly on the east coast,” Curcio said.

Beyond college, Van Ord has her eyes set on a much larger tournament: the 2020 Olympic Trials.

“My main goal for after college is to start running half marathons and marathons,” Van Ord said. “I really want to go to the Olympic Trials in 2020 for the marathon. I think that’s a very obtainable goal for me.”

Van Ord realizes a chance at the Olympics isn’t just handed out, but she’s determined not to quit until she gets one.