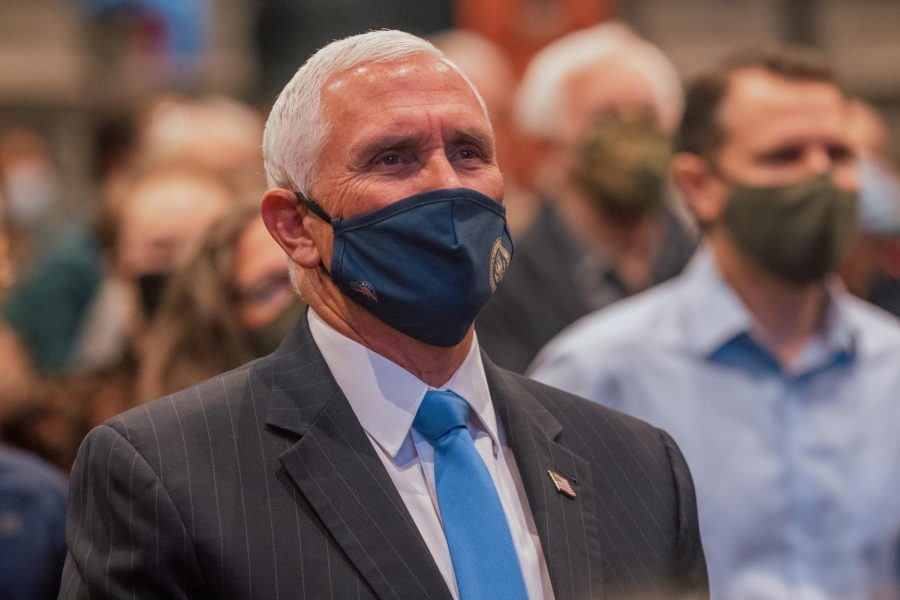 Pence arrived at the church at 8:55 a.m. where he met Franklin Graham, the president of Samaritan’s Purse, at the church’s entrance.

Attendees at Alliance Bible Fellowship greeted Pence with applause and the church started the service with a song after Pence sat down.

The service was not at full capacity and masks were required. It was also streamed on Facebook, but was closed to the press.

Worshippers also clapped as Pence left the service that ended at about 10:15 a.m.

“I think it’s terrific to have the vice president in Watauga County,” Foxx said. “He’s a great friend.”

Pence flew into the Hickory Regional Airport before driving to Boone. According to the Office of the Vice President, Pence will return to Washington, D.C. later Sunday.

In the last week alone, Boone has had visits from prominent political figures including Kamala Harris’ husband on Monday and Rep. Tim Moore (R), speaker of the North Carolina House of Representatives Tuesday.

President Barack Obama made a surprise visit to Boone in 2011 where he stopped by the Mast General Store.

North Carolina is considered a battleground state because it has voted for Republican and Democrat presidents in the last few cycles. In 2016 and 2012, North Carolina voted Republican, but in 2008, the state went blue.

North Carolina has 15 Electoral College votes up for grabs in the 2020 election. A candidate needs 270 electoral votes to become president.