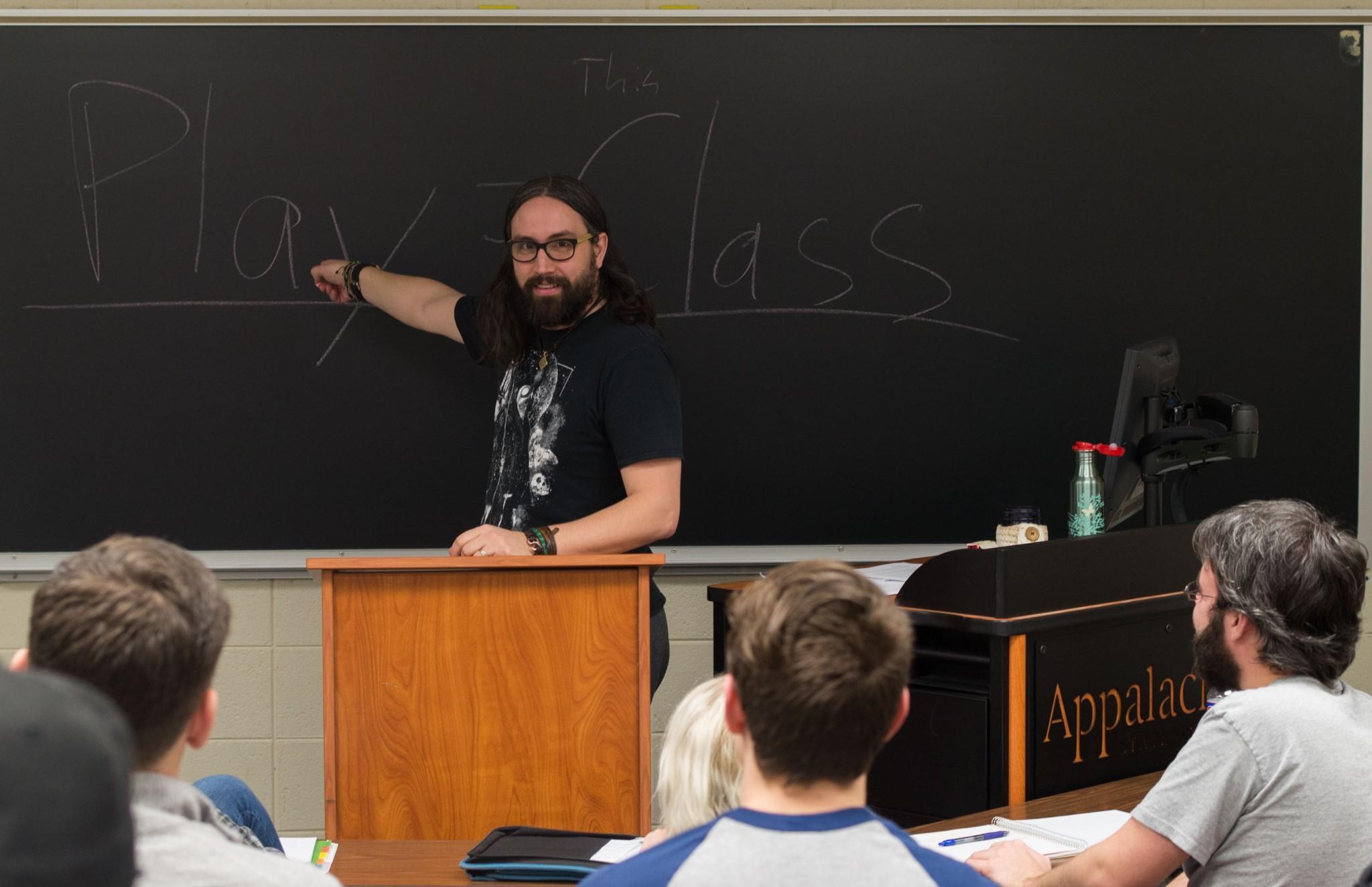 Hidden in the class registry was a small selected topics course from the communications department called video game discourse. It was approved last semester and is in its first few weeks on campus.

Taught by professor Mark Bentley, the course is designed to examine the social impacts on discourse of video games, more specifically the medium compared to other types of media. One future topic Bentley mentioned discusses how the themes of capitalism and war are represented in “Call of Duty: Modern Warfare III” and what those themes mean for the people playing it.

An academic class at its core, Bentley takes video games seriously and views them as deserving of the same respect and analysis that mediums like movies or books receive in academia.

“Video game studies is a legitimate academic field,” Bentley said. “The response from the department was great when I proposed it.”

The enthusiastic response that Bentley received from the department indicated to him a shift in the way video games are viewed in society.

“Nerd culture is pop culture,” Bentley said. “It wasn’t that way when I was a kid.”

The reason video games have grown in popularity now is because the parents of today grew up with video games and are sharing them with their children. The way generations have shared books or movies is the same way video games are being shared now. As a result, video games are pervading society in a way never before seen, Bentley said.

“Video games used to be seen as a child’s toy,” Bentley said. “Now everyone plays them.”

It is because of this acceptance that video games can be studied academically in a way that other children’s toys cannot, and what led to the creation of this new course. There are other classes offered at ASU that have video game themes or core ideas, such as the education department’s narrative, new media and gaming, but none where it is the central defining aspect.

This certain type of course inspires a certain type of research. Bentley does research specifically in video game studies, with a focus on how games are influential in their messages and their delivery of those messages. For example, his past research explores how religion and politics were represented in “Bioshock: Infinite” and how the game got its message of political secularism across.

Video games are entirely based on the audience’s interaction, whereas in film there is only a one-way stream of information to the audience. Two people can play the same game but have wildly different experiences and outcomes.

This effect is also present in the class. Students have said they are taking this course for different reasons.

One such student is Shae Donohue, a junior video game art and design major, who is interested in studying the effects of video games. Why are they so popular? How can something so new be so incredible at creating something so engaging? Donohue said she wants to study these questions during her time at Appalachian State.

“[Gaming] is revolutionary,” Donohue said. “We’re still learning what we can do with the medium.”

Donohue’s career interest lies in working in the industry with developers. The degree she seeks will allow her better knowledge of the field and insight into the ways it works, better preparing her for the future, Donohue explained.

Donohue is excited about her career, future and hobby in gaming. “In the future, everyone is going to game,” she said.

Bentley’s class does more than explore the theories behind video games. The format of the class is simple. Weekends consist of playing through a selected game, on Tuesdays students discuss that game and its relation to previous readings and on Thursdays students read academic articles and theories relevant to next week’s game.

Edward “Teddy” McDaniel, a junior communication studies major said that playing video games as homework is novel and very fun, something he can’t get in other classes.

“I’m interested in the class because it introduces me to new games,” he said. “I knew [Bentley] would open my eyes to games I wouldn’t have played otherwise.”

McDaniel isn’t interested in pursuing a career from video games, but enjoys them as a recreational outlet the same way someone would read books or watch movies for fun.

These testimonies show that everyone can get something different out of the course and video games in general. In January, the ASU Gaming Club held a special event where people could gather and bond over games. Members of the club look to games as a means of connecting to each other, to meet new people and have fun.

Video game discourse is still in its early stages for becoming a fully recognized course, but Bentley is confident that it will be successful.

“The main issue we have right now is a logistical one,” Bentley said. “The faculty is super supportive of having a dedicated class on video games.”

In the future, Bentley said he wants to see more academic interest and research on video games. Whether it be through courses or student-faculty projects, more interest is encouraging to him and his students because they believe that video games will have increasing relevance in everyone’s lives.

Another faculty member that is interested in pursuing video games as an academic topic and teaching tool is Scott Rice, coordinator of technology services at the library.

“I hope to see more academic departments offer classes exploring video games as worthy of research in their own right,” he said.

Rice has co-taught courses that explore the overlap between film and video games and has worked hard in creating the Game Development Room in the library. The GDR houses different hardware systems that students can reserve. Faculty can also reserve the room for academic purposes.

According to the Electronic Software Association, the video game industry is large enough to rival the movie industry in terms of revenue. With this increase of sales and influence, video games are likely to stay. But of course, only time will tell.