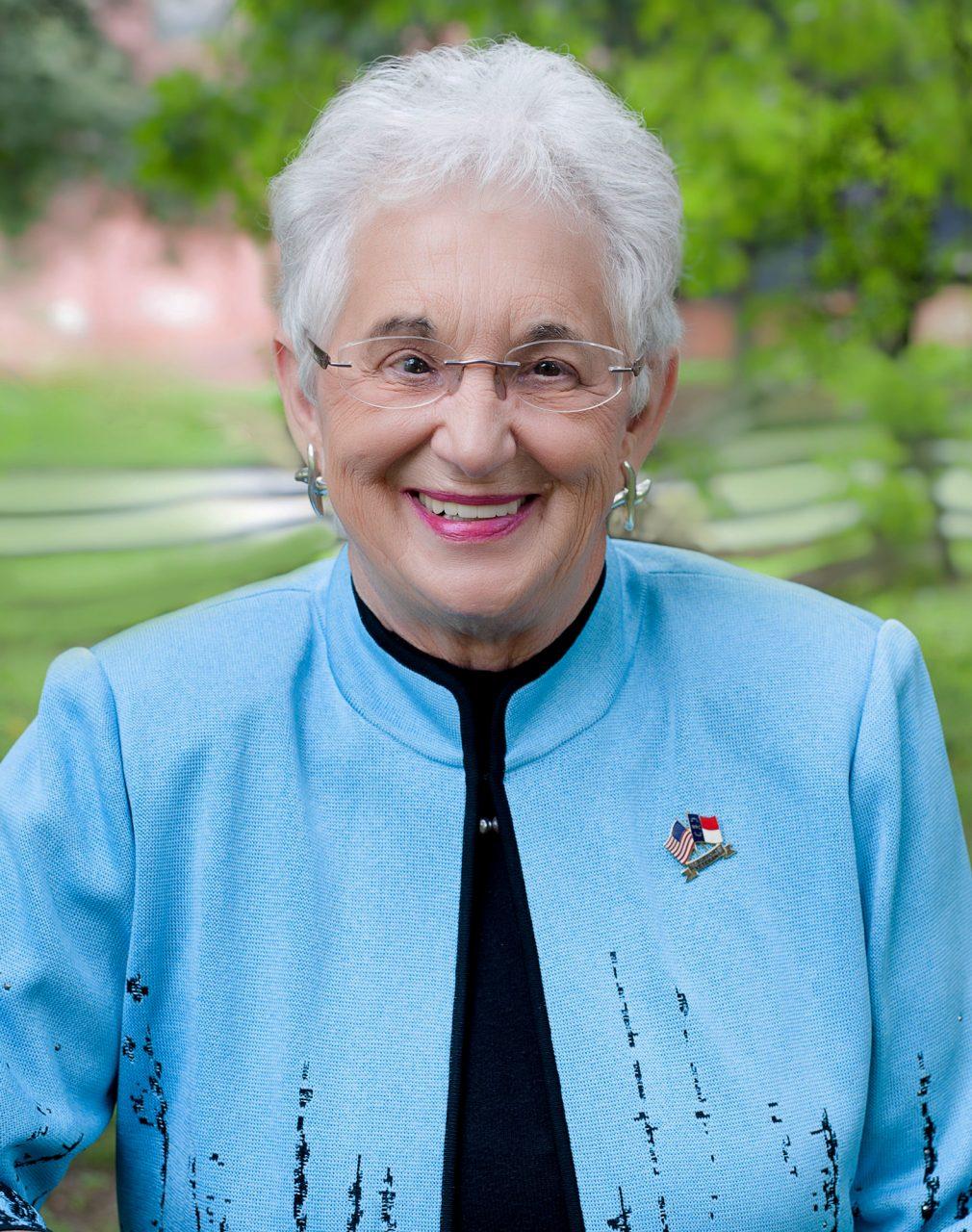 Congresswoman Virginia Foxx, incumbent republican candidate for the 5th congressional district. Foxx is running this fall to be elected for the 7th time.

This article was originally published Oct. 24, 2018. It has been updated to reflect Foxx’s run this election.

Virginia Foxx, current Republican representative for the 5th Congressional District in North Carolina, is running for her eighth term.

Foxx refers to herself as she said others have referred to her: “the hardest working member of Congress.”

Foxx first got involved in elected office in 1968 when she was working at App State and was a member of League of Women Voters. She said she attended school board meetings and reported back to the group.

Foxx said she felt unqualified at first, but after reconsidering, she decided to run the following year in 1974. She lost that election, but in 1976, she said she was the “top vote getter” of the candidates.

Foxx said experiences in her early life were very helpful in her lawmaking career. Foxx grew up in a house with no electricity or hot water and two parents with minimal education.

Education is an important issue to Foxx. She studied it in school and worked as a research assistant, instructor and administrator. Some of this tenure was spent at App State.

“My education experience has been particularly helpful to me in my role as chairwoman of the Education and the Workforce Committee,” Foxx said.

Foxx said the most gratifying part of her work is helping individual constituents who run into problems with the federal government.

“I’m passionate about anything my constituents bring to me,” Foxx said

While helping people with individual problems is very satisfying to Foxx, she also said she wants to reduce the role of the federal government in the lives of her voters.

Foxx said that leaving money “in the hands of the people” and reducing rules and regulations has helped the economy tremendously, but there are further steps to be taken.

“What we need to do now is develop a technically qualified workforce,” Foxx said. “We have 6.6 million jobs unfilled in this country right now, and for the first time in the history of the country, we have more jobs than we have people to fill them.”

Foxx is also in favor of using renewable energy resources.

“The unfortunate thing we have now in our country is that renewable energy cannot stand on its own,” Foxx said. “It is all subsidized by taxpayers, and we have to do something about that.”

School safety is also a priority of Foxx’s. She and her committee worked to fund school safety to the highest level possible through the Appropriations Committee.

“We’re allowing schools to make the decision as to how to spend that money,” Foxx said. “We didn’t want to tell them to spend it a certain way because every school district is different.”

Foxx said she has a philosophy to allow for as much local control as possible.

“I love representing the people of the fifth district,” Foxx said. “Only a little over 300 women have had the opportunity to serve in Congress, about 12,000 men, so I consider it a great honor, particularly given where I came from.”

Foxx is facing App State alumni Democrat David Wilson Brown. The 5th Congressional District is made up of Alexander, Ashe, Alleghany, Burke, a part of Catawba, Caldwell, Cleveland, Gaston, half of Rutherford, Wilkes and Watauga counties.