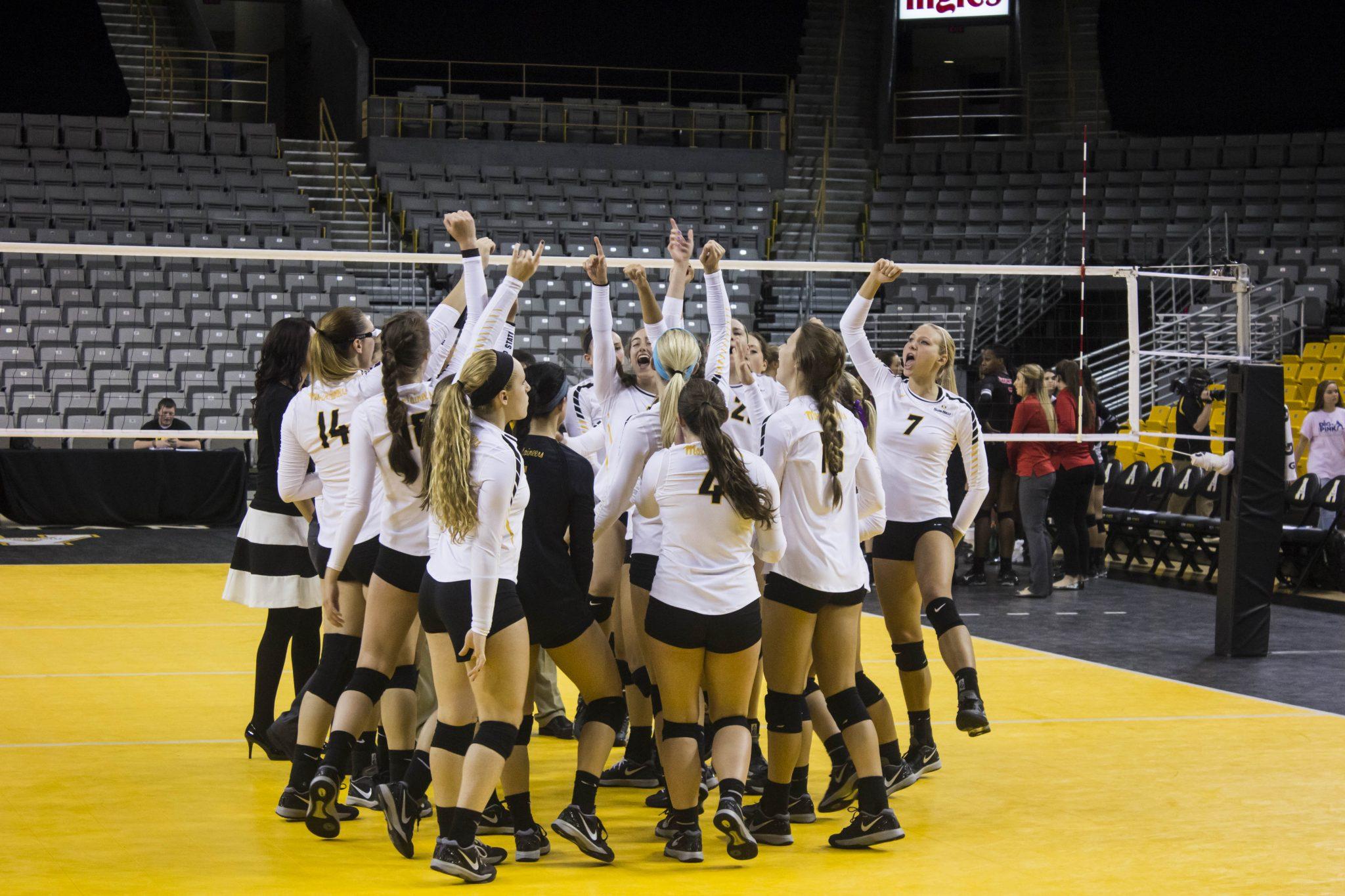 The team breaks a huddle during a match in 2017.

The Mountaineers volleyball team has gotten their new season underway, getting off to a strong 3-0 start at the UNC Asheville Tournament as well as defeating Wake Forest on the road in an exhibition matchup.

The Mountaineers went for a rough ride in 2017, finishing with an overall record of 12-20 and 6-10 in Sun Belt play. However this was a great improvement from the 2016 season, which saw only four wins in 29 games played.

The team returns nine players from last season, including their three kills leaders in outside hitters sophomore Lexi Kohut, redshirt junior Melissa McMath and sophomore middle blocker Kara Spicer. Also back this year are defensive specialists junior Sydney Farthing and senior Sydney Hinds, who both registered over 200 digs a piece last season. Sophomore specialist Emma Reilly also returns after posting 406 digs in 2017, an average of 3.03 per set, according to appstatesports.com.

Junior outside hitter Emma Longley is also back for 2018 after missing most of last season with an ankle injury. As a freshman in 2016, Longley lead the team both in kills with 363 and digs with 284 while also coming in third in digs per set with 2.54. She is expected to be a huge part of the team in 2018.

Outside hitters, sophomore Grace Morrison and senior Jenna Talbert are also returning from 2017.

Eight new Mountaineers have joined the ranks for the 2018 season. Becky Porter, a senior setter from Charlotte, North Carolina, comes to Boone after transferring from North Carolina State. As a junior for the Wolfpack in 2017, Porter appeared in 20 matches while starting two and finished second on the team in assists with 155, according to gopack.com.

Outside hitter Melissa McMath thinks that the team has a positive outlook on the potential for the 2018 season.

“We all feel really good. This is the first time we have had everyone healthy. We have a young team with a lot of freshmen that came in, but they are ready to go. As they continue to get adjusted, we will only keep getting better,” McMath said.

The Mountaineers have been almost perfect to start the year,. Including their exhition against Wake Forest, they have dropped only one set in 14 played, coming away victorious in all matches. This is the best start that the team has had since 2014, when they began on a 13-0 tear.

Setter Porter and defensive specialist Reilly both earned All-Tournament Team nods while outside hitter Longley was tabbed as Tournament MVP after posting 32 kills, including 13 against The Citadel and 17 digs.

Tournament season for the Mountaineers is not yet over, as they will return home to the Holmes Convocation Center to host the Davidson Wildcats, Clemson Tigers and Mississippi State Aggies in the Appalachian Invitational.