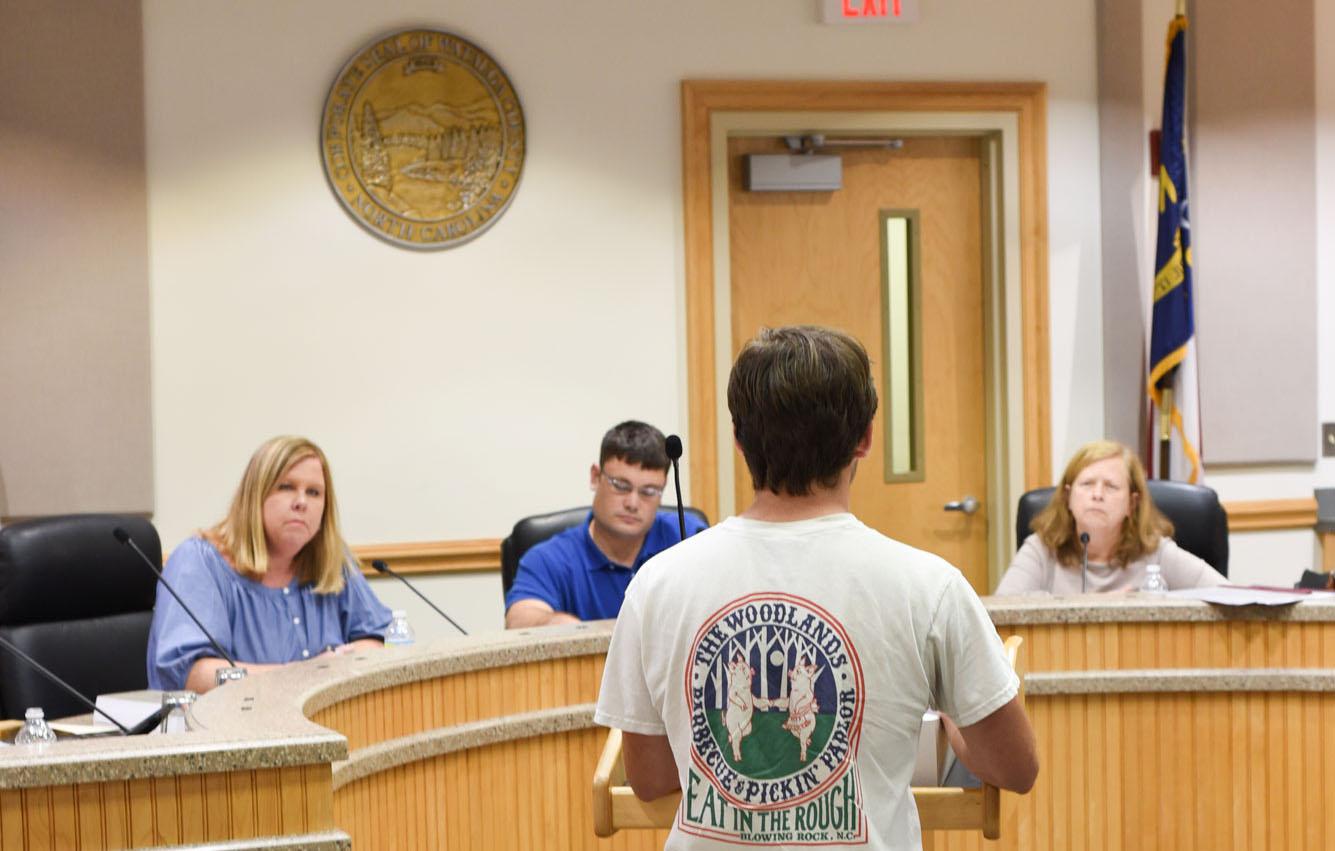 Lee Franklin speaking in front of the Board of Elections about having a voting site for students on campus. Lee was one of the many Appalachian State Students to discuss this issue during the meeting on Tuesday.

The board lacked a majority to approve an early voting plan for the 2017 municipal elections that would have allowed for an early voting site in the Plemmons Student Union.

Stella Anderson and Nancy Owen voted in favor of the plan but Bill Aceto, the board chairman, voted against. Since the board is short one member required under the North Carolina General Assembly’s overhaul of the board of elections, the vote failed.

The plan passed by the General Assembly late last year has been the subject of a legal battle between Gov. Roy Cooper and the legislature, the case is set to be heard by the North Carolina Supreme Court on Aug. 28.

Until that case is resolved, North Carolina has no State Board of Elections.

Aceto said the board should wait until the court makes a decision to move forward.

Anderson said she was worried the state Supreme Court might not act fast enough for them to get a plan together by the Sept. 8 deadline.

“I just think the time frame is totally tight,” Anderson said. “I mean yes, there is a little bit of give, but say by the middle of September or no later than Sept. 20 these plans could go to the state board for approval.”

Council Member Loretta Clawson said the town of Boone supports an early voting site in the Student Union and will be paying all the costs associated with it.

“I hope that you will go with this tonight; it’s very important to so many people in the town of Boone,” Clawson said. “We have students, we have faculty, we have staff, it’s one of the busiest places in the whole county so I cannot understand why you would not recognize this as an early voting site.”

Owen said she was concerned the town’s proposal for a 12-day early voting site at the Union was unnecessary, but agreed to support the plan if it was cut to seven days.

“I mean, I don’t see a problem with that if Boone is willing to foot the bill,” Owen said. “That’s coming halfway, that’s meeting in the middle.”

Anderson Clayton, President of the Student Government Association, said she believes it’s important that students be encouraged to express their concerns at the local level.

Anderson said she plans to petition the decision, but it faces an unclear path with no State Board of Elections to consider it.

Anderson said she hoped the board would be able to come together and approve the town of Boone’s request for a Student Union voting site, urging them to listen to the feedback of voters.

“Even though we are partisan appointments to the board, we should be approaching our role on the board in a nonpartisan way and my sense is, unfortunately, that the issue of early voting has devolved on our board to one of being highly partisan,” Anderson said.