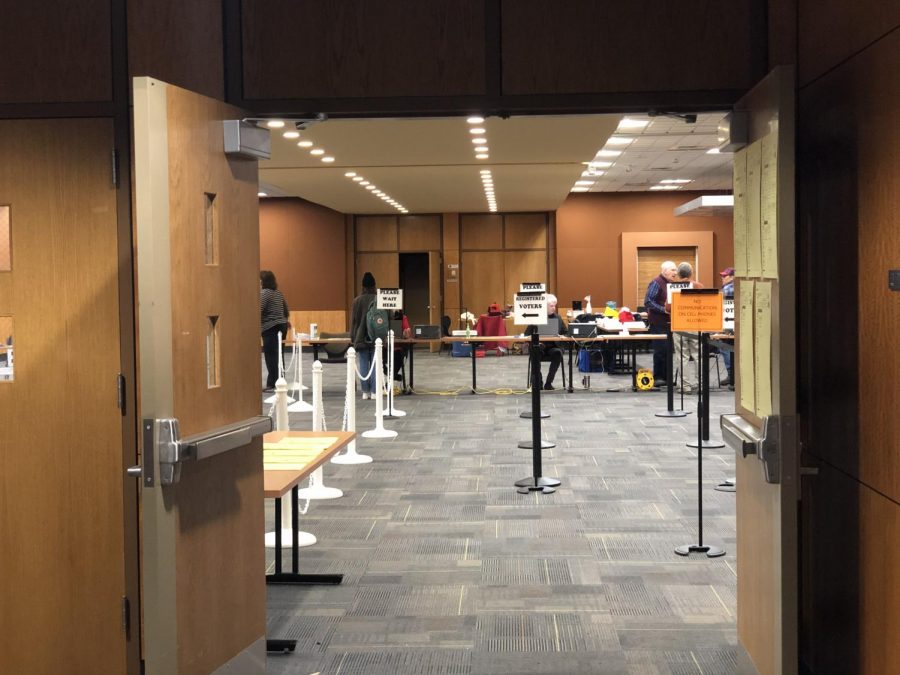 Republican members of the Watauga County Board of Elections are challenging the legality of the App State early voting site in the Blue Ridge Ballroom.
The GOP members argue that no official notification was made by the board before the 90 day statutory limitation, which means the board can not demand use of the ballroom..
App State administrators are supporting the use of the Holmes Convocation Center instead of the Blue Ridge Ballroom since it would not disrupt classes held in the space.

Republican members of the Watauga County Board of Elections are challenging the legality of the App State’s one-stop early voting site one month before early voting starts.

Board members Eric Eller and Nancy Owen filed the lawsuit Friday in Wake County and are asking the court to stop the state board of elections from adopting the App State early voting site.

Eller and Owen are arguing that Watauga County BOE Chair Jane Hodges was not acting on behalf of the full board when she notified App State that they would request the Blue Ridge Ballroom as an early voting site.

“The general statute requires that the local board of elections request the use of a building 90 days in advance of the time of voting, the time of voting being Oct. 15,” said Nathan Miller, the lawyer representing Eller and Owen. “Since the board didn’t do it, the state board has zero statutory authority to essentially seize the building and take control from ASU.”

Miller said the lawsuit asks for the state board to instead use the Holmes Convocation Center as the early voting site, which representatives from the App State administration said was available for use.

Dalton George, a member of the Watauga County Voting Rights Taskforce, said the group — which focuses on ensuring voting is accessible to every citizen — will do “whatever we need” to ensure the voting site is in the Blue Ridge Ballroom.

“I urge that the administration does not sign on to, or assist, an obvious attempt to circumvent the majority decision by the state board of elections and accepts the decision made in late August,” George said.

George said he hopes App State officials will reach out to the court and ask it to not support the lawsuit that would be “suppressing student voting rights.”

Miller said the notion that this lawsuit is seeking to suppress the student vote is “absurd.”

“The reason it’s absurd is because this voting site is still on campus,” Miller said. “This has nothing to do with taking a voting site away from the university.”

Matthew Dockham, App State director of external affairs and community relations, said the university supports the use of Holmes Convocation Center for the campus voting site.

“Because of COVID-19, the university is holding classes every weekday in the Blue Ridge Ballroom in the Plemmons Student Union,” Dockham said. “Voting in this location will displace classes for hundreds of students for 20 days during the fall semester.”

Dockham said the administration supports the Holmes Convocation Center because it allows for a greater “assurance of health and safety” for county residents and members of App State.

He also said it offers close parking, wheelchair accessibility and is a recognizable building that is well known in the community.

The lawsuit, if successful, could mean the convocation center would become the early voting site.

Click here for a timeline of what Eller and Owen claim led up to the lawsuit.
A history of App State voting site lawsuits
The early voting site on App State’s campus has seen a variety of lawsuits in the past 10 years.

In 2014, after the Republican-majority Watauga County BOE voted to take away App State’s campus voting site, the Watauga County Voting Rights Taskforce sued the state board of elections.

A superior court judge agreed with the plaintiffs and ordered the county to submit a new plan that included an early voting site on App State’s campus.

The state then asked the North Carolina Supreme Court for an emergency stay and appeal. The state Supreme Court granted the state’s petition, but the board voted to have a voting site on campus anyway for that election.

In 2016, a North Carolina Court of Appeals panel voted 2-1 to dismiss an appeal of the 2014 Superior Court decision.

But, tension over the App State early voting site didn’t end in 2016.

In 2017, after board members could not come to a unanimous decision, then member of the board Stella Anderson filed a petition of review.

Anderson, who is now a member of the state board and an App State professor, filed the review after first petitioning the state board of elections and Ethics Enforcement — which had no members at the time — to adopt and implement an early voting plan in Watauga County, according to the Watauga Democrat.

Because no one could hear Anderson’s petition, the court established the early voting plan for Watauga County, which included a site at the Plemmons Student Union.