Watauga County expects up to 12,000 absentee ballots as post office warns of delays 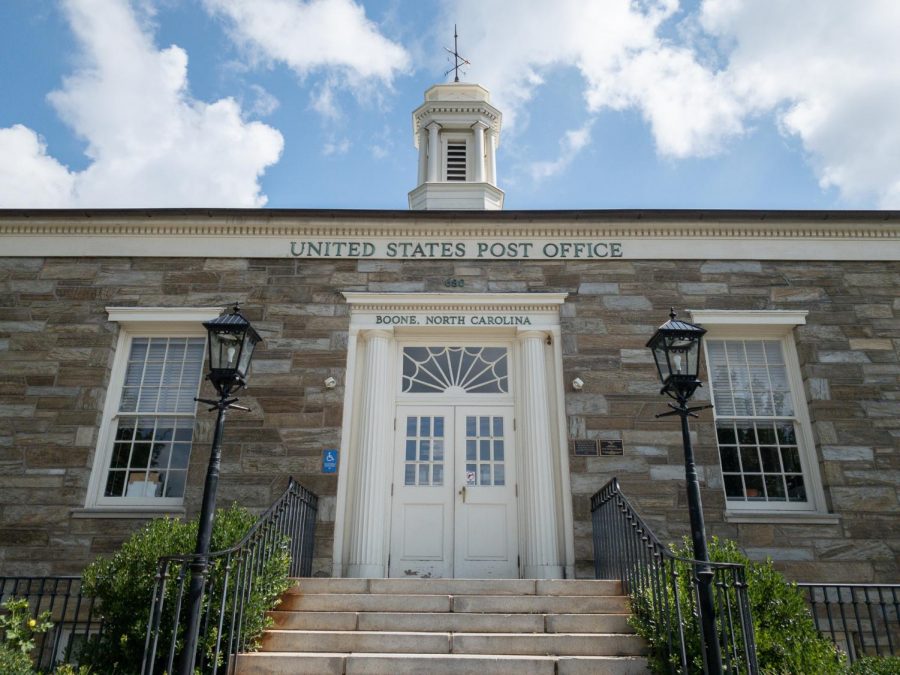 With less than three months until the presidential election and the spread of coronavirus rampant, election officials are turning to one of the longest serving institutions: the post office.

But, with budget cuts and congressional concerns getting all mailed-in ballots counted on time may be difficult.

In a July 30 letter, the United States Post office warned North Carolina officials that under the current election laws in North Carolina, “certain deadlines for requesting and casting mail-in ballots are incongruous with the Postal Service’s delivery standards.”

On Tuesday, Postmaster General Louis DeJoy released a statement suspending changes to the postal service until after the election.

“The United States Postal Service will play a critical role this year in delivering election mail for millions of voters across the country,” DeJoy said in the statement. “There has been a lot of discussion recently about whether the Postal Service is ready, willing and able to meet this challenge.”

North Carolina State Board of Elections Patrick Gannon said the board will encourage voters to mail completed ballots back to their county board of elections no later than Oct. 27 to ensure they arrive on time.

Watauga County Director of Elections Matt Snyder said that the postal service is saying it could take up to two weeks around election time for a ballot to get to the board of elections office.

Snyder said the BOE would start mailing out ballots to those who requested to vote absentee Sept. 4. Absentee ballots can be requested until Oct. 27, and the Watauga County request form can be found here.

When the absentee ballot is complete, Snyder said the voter can then mail it to the BOE office.

The only place an absentee ballot can be dropped off on Election Day is at the Watauga County BOE office.

Absentee ballots received after 5 p.m. on Election Day will be counted only if they are postmarked on or before Election Day and received by mail no later than 5 p.m. Nov. 6, according to the NCSBOE.

Snyder said the BOE has seen an increase in the number of absentee ballot requests. The state, Snyder said, told them to expect around 40% of Watauga County voters to vote by mail.

Snyder said they expect to pick up between 50-100 absentee ballot requests in the mail on a daily basis.

The BOE has had 1,244 absentee ballots requests as of mail pickup on Aug. 14 — which is the same number of people who voted absentee by mail in 2016.

According to the North Carolina State Board of Elections, all registered voters can request an absentee ballot with no reason needed. The NCSBOE has created a list of frequently asked questions about voting by mail that can be found here.

A person cannot submit their absentee ballot and vote in person.

“It is not the case that they see how close the race is or are there a number of ballots to alter the outcome,” Snyder said. “We process every eligible ballot before we finalize or canvas our election, regardless of how close races are anything else.”

Absentee ballots are kept in a fireproof safe in the Watauga County BOE office and are retained for up to 22 months after an election. The only time the ballots are out, Snyder said, is when the bipartisan board is reviewing the forms for compliance.

This story was updated Tuesday afternoon to include the new statement from the USPS Postmaster General.