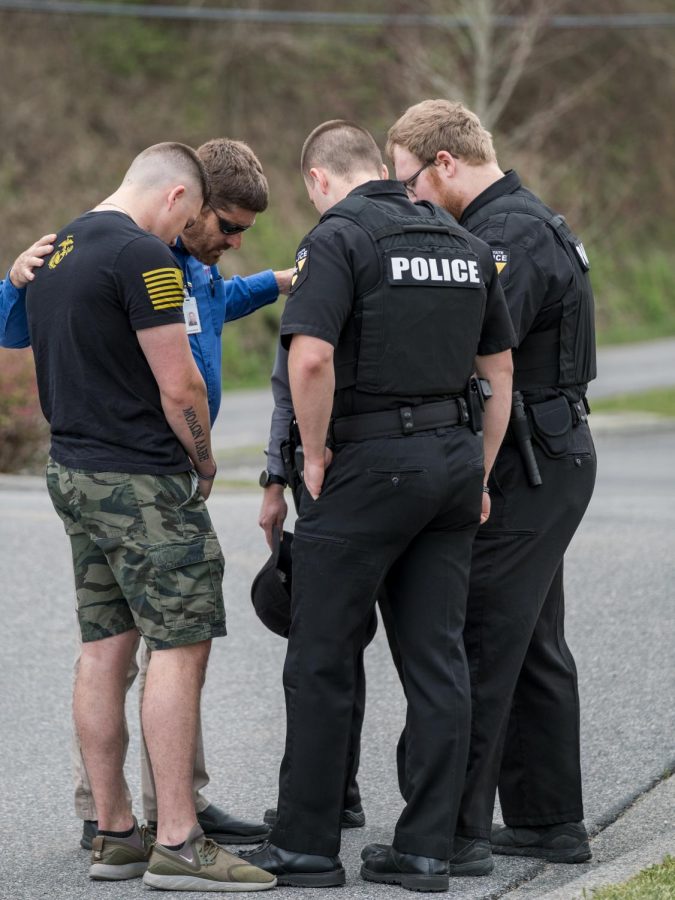 Five people are dead, including two Watauga County Sheriff’s deputies, after a daylong standoff between law enforcement and a civilian Wednesday at 533 Hardaman Circle.

The Watauga County Sheriff’s Office responded to a call for a welfare check April 28 at 9:44 a.m. The homeowner’s employer reported the homeowner did not show for work or respond to telephone calls, according to a press release from the sheriff’s office.

Law enforcement entered the home after noting all vehicles owned by residents were on the property.

Inside the home, suspect Isaac Alton Barnes, 32, shot two Watauga County Sheriff’s deputies when they entered. Another Boone Police officer was struck by gunfire during an initial rescue for the two deputies but was protected by his ballistic helmet and uninjured, according to the release.

The sheriff’s office confirmed K-9 deputy Logan Fox, 25, died on the scene. His condition was unknown throughout the standoff Wednesday. Sgt. Chris Ward, 36, died after being airlifted to Johnson City Medical Center in Tennessee for his injuries.

“Deputy Fox’s true passion was serving as a K-9 officer,” according to the release.

Ward was an eight-year law enforcement veteran and started his career with the Beech Mountain Police Department in 2013, according to the press release. He was promoted to the rank of sergeant at the Watauga County Sheriff’s Office. Ward is remembered by his high school sweetheart and two children aged 19 and 5.

A memorial honoring the two deputies is located at the sheriff’s office.

“This is an incredibly tragic situation and our thoughts and prayers are with everyone involved as well as their families and our community,” said Watauga County Sheriff Len Hagaman in a April 28 press release. “I greatly appreciate the tremendous support we are receiving from law enforcement agencies across the region and the state.”

Samaritan’s Purse, Billy Graham Ministries and other churches “were instrumental” in support related to the incident, according to the release.

The North Carolina State Bureau of Investigation is leading this ongoing investigation.