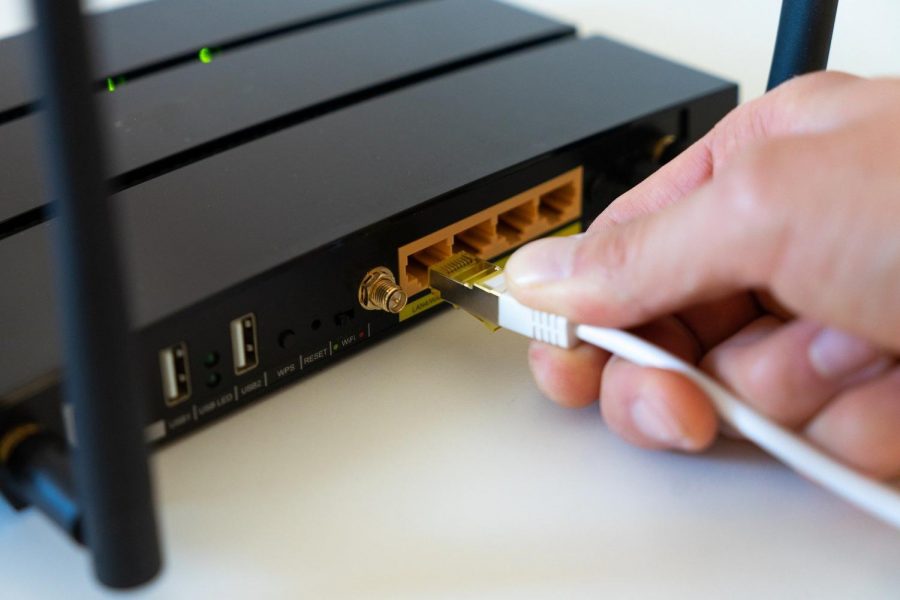 The Watauga County Board of Commissioners approved a plan that will give more residents access to high-speed internet.

On Aug. 17, the Watauga County Board of Commissioners unanimously approved a $7 million broadband expansion plan that will give 95% of the county access to reliable, high-speed internet.

After receiving nearly $11 million in funding from the American Recovery Plan, Watauga County will allot $7 million to install 75 miles of trunk fiber. The project is expected to begin in five to six months, and reach 1,565 homes over the next three years, according to the office of the Watauga County Manager.

COVID-19 has exacerbated the issue of broadband inequality in the region, making it difficult for many residents to work from home or attend online classes. In Watauga County Schools, up to one in four families don’t have access to broadband in their homes.

Public schools attempted to bridge this gap by establishing Wi-Fi hotspots and offering printed homework alternatives. The “homework gap” or “digital divide” affects more than 12 million students in the country and approximately 1,000 students in Watauga County.  The homework gap occurs when students are assigned homework assignments that require internet access, but they do not have access to it.

Unreliable internet access is a long-standing problem in the mountains of North Carolina. Drilling through Appalachian granite causes expansion to be significantly more expensive compared to the Piedmont and Outer Banks regions of the state, according to the North Carolina Office of Broadband Infrastructure. Even if the infrastructure is available, many struggle with the financial burden of paying for internet access.

“We were given the reassurance from Skyline Skybest that, yes, it will be affordable,” Wallin said.

Watauga County has a poverty rate of 21.4%, a rate nearly twice the national average. Commissioners wanted to ensure that this expansion would be a realistic and affordable addition to residents’ lives.

Wallin, who represents the Bald Mountain, Elk, Meat Camp, North Fork and Stoney Fork areas, has advocated for broadband for years. He believes this expansion is a step in the right direction.

The expansion by Blue Ridge Energy and Skyline/SkyBest will have four stages. Triplet and Powderhorn areas will have access first, followed by Wildcat and Stoney Fork areas in stage two, Blackberry and Sampson areas in stage three, and Howard’s Creek in the final stage.

Due to COVID-19, digital equity is on the minds of many all over the state. More than 1.1 million North Carolina residents either lack internet access, cannot afford internet access or do not have the skills necessary to use the online economy, according to the North Carolina Department of Information Technology. Watauga County’s expansion is in line with Gov. Roy Cooper’s plan to end the digital divide in North Carolina by expanding internet access, ensuring affordability and promoting digital literacy.

“I am excited that we are able to set this plan in motion,” said Carrington Pertalion, Watauga County commissioner. Much like Wallin, Pertalion’s election campaign focused on a need for broadband expansion in her rural community. Pertalion represents the Boone and Blue Ridge areas.

Not only will Watauga County residents have an easier time working and learning from home, but telehealth access will become a feasible alternative. Telehealth appointments skyrocketed by 8,336% during the pandemic, but access to these services is not equitable. According to the CDC, only 60% of rural American residents have access to telehealth services. Within the next three years, upward of 90% of Watauga County residents will be able to make and attend telehealth appointments.

While the scope of this project is large, some homes will still be left behind. Approximately 60 homes cannot be accessed for trunk fiber, according to Pertalion. Commissioners have begun looking into alternative routes of expansion to reach these remaining families. Ultimately, the county aims to give every resident access to affordable and reliable internet access but will have to reach these homes in a separate effort.