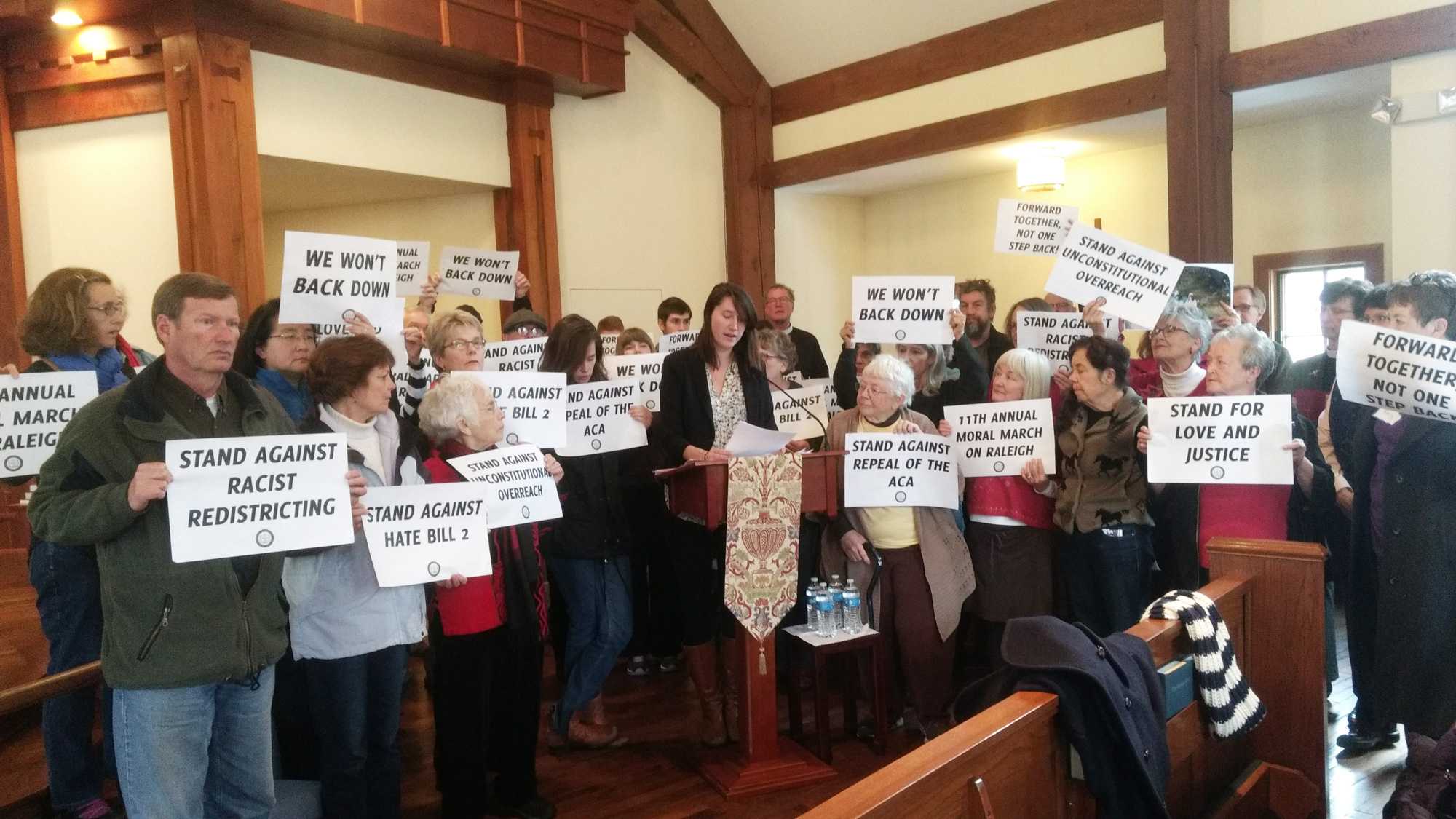 Laurel Ashton, WNC Field Director for the North Carolina NAACP, reading a statement about the Moral March on Raleigh on behalf of the NC NAACP president, Rev. William Barber. The March will take place on Saturday, Feb. 11.

The Watauga County NAACP held a press conference to announce their participation in the Feb. 11 Moral March on Raleigh last Friday.

Todd Carter, president of the Watauga County NAACP, said there will be a free bus for Appalachian students provided.

“Everything that’s happening we’re fighting for their future,” Carter said. “If we don’t prevail the people who are gonna bear the brunt are the students, there will not be free and public education, there will not be healthcare.”

Laurel Ashton, WNC field director for the North Carolina NAACP, said the moral march is being held to foster change on local and national issues ranging from “Trumpism” to the repeal of the Affordable Care Act as well as North Carolina’s republican-dominated General Assembly and HB2.

Amy Adams, North Carolina program manager at Appalachian Voices, said she plans to join the march because of how closely linked environmental and social justice issues are.

Carter read a statement on behalf of Jeff Block, whose wife Debbie is confined to their home due to the side effects of radiation treatment. As her full time caregiver, Jeff’s livelihood and health insurance would be threatened by a repeal of the ACA.

“We live solely on the social security disability payments that Debbie receives,” Carter read from the statement. “We expect this to be cut by 20 percent by the new administration. I will be faced with severe choices should this be instituted. Some folks may call this moral, I call it theft from the sick and infirm.”

Carter said it’s especially important for college students to demonstrate due to the unique threat posed to students, especially minorities.

“The safety of marginalized minority students on campuses is at risk,” Carter said. “Right now campuses if they’re not enforcing HB2 are in violation of the law of North Carolina and HB2 is an immoral, unjust law that targets students and particularly minority students.”

Carter said students who wish to RSVP for a free seat can go to the Watauga County NAACP Branch Facebook page. There is another bus for non-students, which costs $40 per person.

Buses are scheduled to leave from St. Luke’s Episcopal Church at 5:30 a.m. and will return at 6 p.m. on Feb. 11. Marchers will begin to gather in front of the Duke Energy performing arts center at 8:30 a.m. and the march will begin at 10 a.m.