What people are wearing: Bus Behavior 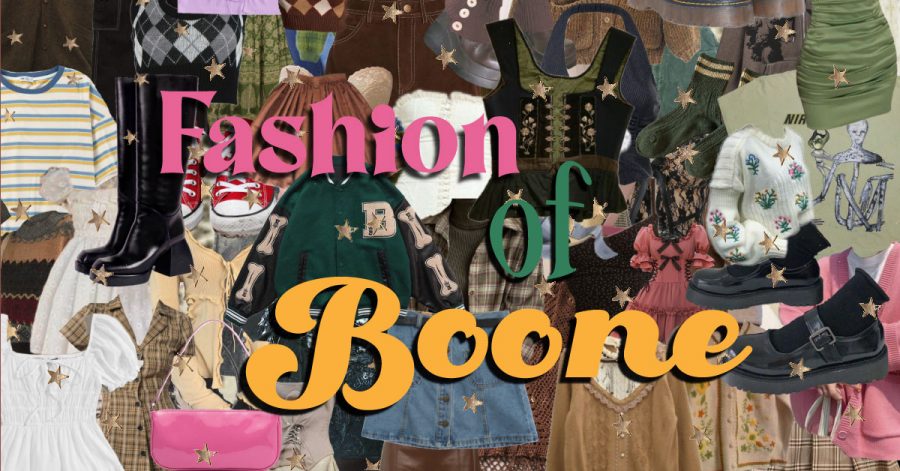 Students are managing to keep it fashionable as they play the waiting game during the spaces between their busy days. Here’s what the average App State student wears on the way home from class, coming back from a grocery run or headed to an off-campus party.

Trevor Steward-derqui awaits the AppalCart Pink Route in shades of blue. In a Carolina blue beret, pastel blue mask and a Pantone 628C rain jacket, Steward-derqui stands outside Peacock Circle, heading home from one of his classes.

In tune with his half-Spanish identity, he admires European fashion with his beret from ASOS. Another aspect of his identity, his gender, plays into his binary-defying look.

“Gender-wise like yeah, he/him, we’re thinking, we’re questioning, right?” Steward-derqui junior social work major said. “And so it’s like I aim for, my goal is, more of like a feminine-European look.”

When creating the outfit, he started with the beret as the focal piece to build everything off of. Next, he added white pants to balance the bright color of the head accessory. The jacket from Goodwill in its respective shade paired well for Steward-derqui, and his boots kept him warm in Boone’s October.

While Steward-derqui heads home, Aria Barstow, freshman global studies major, makes a mental note of her grocery list while waiting for a bus to take her to Walmart. With their hair up in clips at the front of her head, they were the starting point of her red and white outfit. She bought them from a ComicCon convention in Raleigh.

Barstow waits patiently for the Red Route in her red sweater over a white dress with white sneakers. On her neck is a leather-like choker with a scorpion charm, matching the red theme.

“Usually, my outfits range from very edgy to absolutely not. So it’s kind of like, I guess, gothic Harajuku?” Barstow said.

This is a merge the freshman theatre arts major makes often, mixing floral dresses and skirts with band tees and oversized sweaters. Channeling Sky Ferreira’s early Tumblr days, the soft grunge look is a fit for Drymon, who listens to music from the early ’90s and ’70s.

She layers her necklaces and rings, saying, “the jewelry makes the outfit.” Opting for two heart necklaces of amber, she sticks to silver with her rings and metal with her bracelet in the shape of a guitar.

The AppalCart aisle may not be an ideal runway for Boone’s fashion scene, but many come and go from various destinations, representing who they are in their outfits.