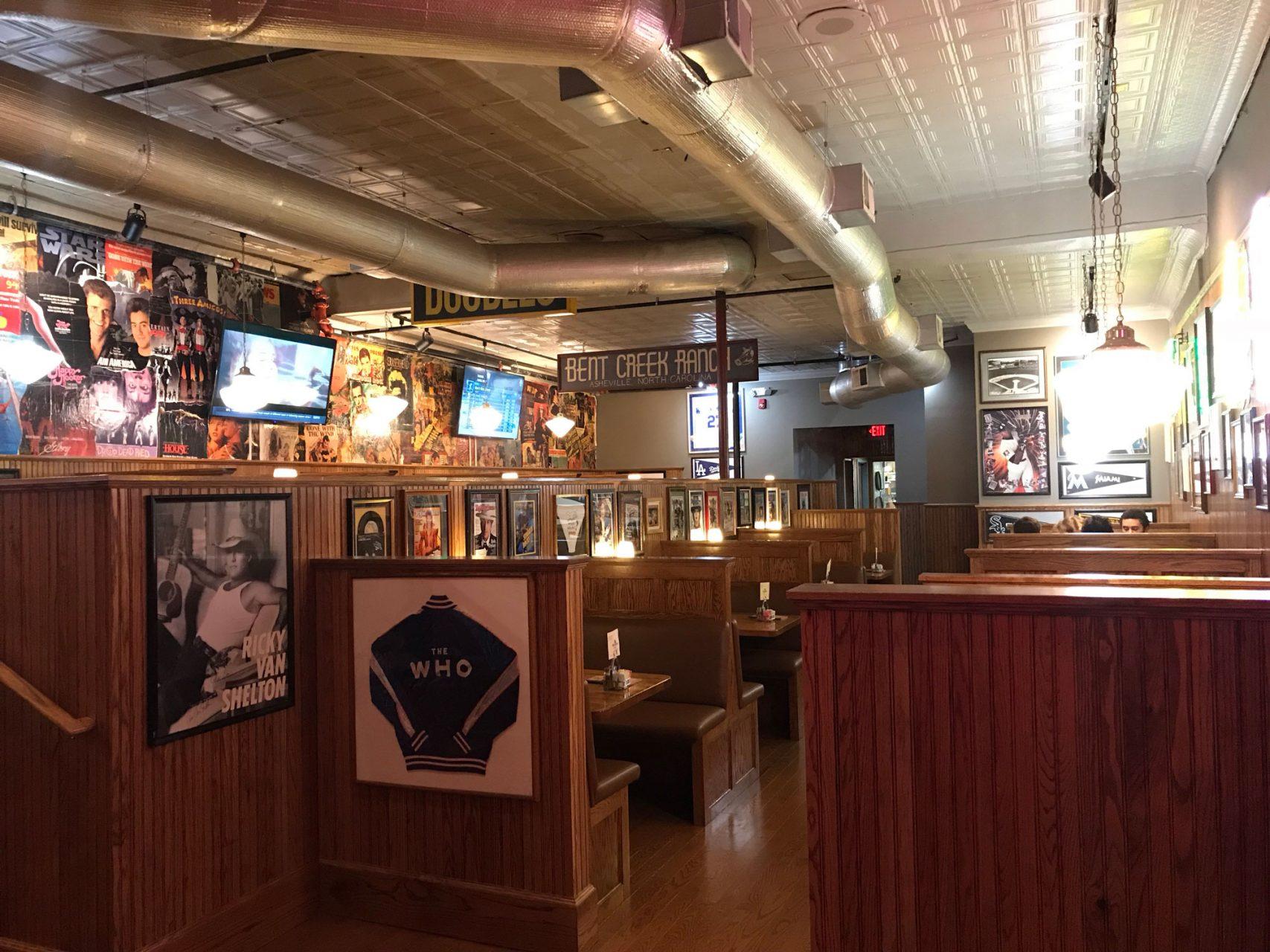 The back of Macados after some recent renovations. The restaurant is located on King Street and has been in the process of updating their interior.

Macado’s Restaurant and Bar has been undergoing massive renovations over the past few months, but the staff says the character has not changed a bit.

New features include a shiny new bar, square bamboo plates, fancy dishes and twice as much seating as the old restaurant. There are even a few new items on the menu, like the New Southern Burger and Fried Green Tomatoes. Longtime fans will also recognize a difference in the memorabilia decorating the walls.

General Manager Burke Bailey said that while the renovation process started last April, the plans have been cooking for several years.

The renovations have been getting a lot of positive reaction, Bailey said. Staff members are getting used to hearing “wow” as people walk through the front door.

The wood paneling, tables and booths covered in signatures and little messages have also been replaced with clean, unmarked wood. Bailey said he asks that customers refrain from writing any new messages, because they spent a lot of money trying to make everything look nice, and they’re hoping to keep it that way.

“We have crayons and coloring books for that, if they want to draw on something!” Bailey said.

Mary Bouchard is a bartender, and she has been working at Macado’s for two and a half years. She said she loves how much space she has in the new bar.

She credits the consistency in the restaurant’s character to the staff, which she calls a family.

Tod Fulbright is a server and bartender, and has been at Macado’s for a little over a year. He says the new bar features 24 taps now, up from the 8-9 they used to have.

“I hope customers get great service, good food, and I hope they laugh,” Fulbright said.

While the building might look different, the  process for making the cinnamon rolls hasn’t changed at all. The rolls are left to rise for three hours, baked and finally iced. The cinnamon rolls are the restaurant’s most popular item. They sometimes sell 250 rolls a day, Bailey said.

When asked what he’d like to tell his customers, Bailey said, “Thank you! Thanks for thirty years of the best business, it’s been great. That’s loyalty right there.”

Bailey encourages customers to keep an eye out for when renovations are finally finished. He said he is looking forward to opening the new patio out front.

Featured Photo Caption: The back of Macado’s after some recent renovations. The restaurant is located on King Street and has been in the process of updating their interior.