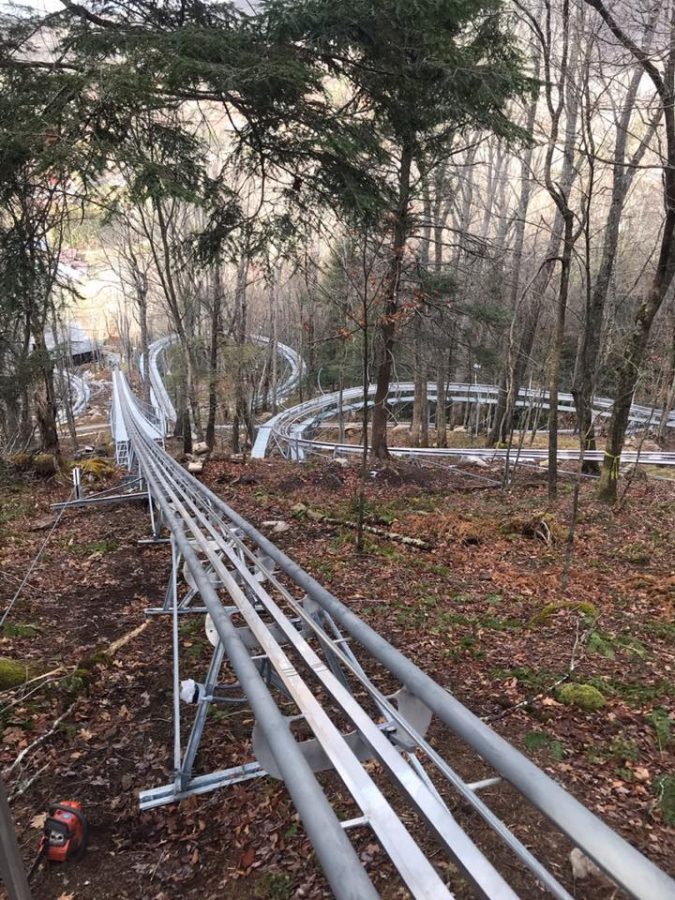 Wilderness Run Alpine Coaster, located in Avery County is set to open for operation around mid-February with an official opening date soon to come. This photograph was taken Jan. 7 and shows a majority of the coaster's ride.

High Country visitors and residents will soon have another way to cascade down the Blue Ridge Mountains, but the fun won’t stop when the snow melts.

Taking inspiration from years as a military family stationed in Europe, Tara and Eric Bechard are bringing one of their favorite year-round family adventures to the High Country with the Wilderness Run Alpine Coaster.

The 2,160-foot long coaster is different from a typical roller coaster. This “thrill adventure” with three 360 turners weaves through the natural mountain landscape and is “gravity-sped,” meaning it can reach up to 27 mph. But, the rider controls their own speed with a brake system. The coaster includes both single and double rider cars.

Ashley Brown, the Bechards’ daughter and the marketing and online customer service director for the WRAC, said the family wanted to encourage community in a new way in the High Country.

“They wanted to bring something to the area that promotes all the other businesses in the area, but also provides something (for families) to do on their downtime,” Brown said. 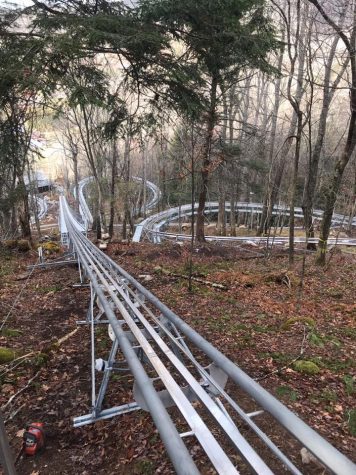 Courtesy of Wilderness RunWilderness Run Alpine Coaster, located in Avery County is set to open for operation around mid-February with an official opening date soon to come. This photograph was taken Jan. 7 and shows a majority of the coaster’s ride.

The Wilderness Run Alpine Coaster is expected to open near Sugar Mountain in mid-February and is the first of its kind in North Carolina.

The coaster is in the midst of several highly-trafficked tourist destinations, but Melynda Pepple, the executive director of the Avery County Chamber of Commerce, said they are excited about the new option for “family fun and adventure” for tourists visiting the Banner Elk and Sugar Mountain areas.

“The coaster will be a unique and added fun attraction for Avery County because it is the first of its kind,” Pepple said.

The Bechards broke ground in March, but Brown said throughout construction, they aimed to keep as many trees and as much natural landscape intact as possible. She said they want to be as “eco-friendly” as possible and have designed an erosion plan.

“Our name is Wilderness Run. We want to give the experience to those who may not necessarily have the experience to go hiking on the trail or wandering in the woods an opportunity to experience it,” Brown said. “It really is very tranquil up there. You can see across the valley at the top, (and) you don’t really know that you’re near any buildings when you’re going down the first portion of the coaster.”

Brown said the coaster is designed for fun but also to “show the beauty of the region,” and customers will be able to do so in nearly any weather except lightning and ice.

App State students have already planned trips for when the coaster officially opens.

“I think this is a great idea and will be a must-do while in Boone. Hopefully, they will offer some sort of student deal to appeal to college students,” said Dan Seekins, a graduate accounting student.

Wilderness Run will charge $16 for a single adult ride (13 years and up), $13 per ride for 7-12-year-olds and a bundle of three rides for $35. They aren’t planning to offer student discounts, but they will promote special offers on their social media and offer a military discount for fellow military families.