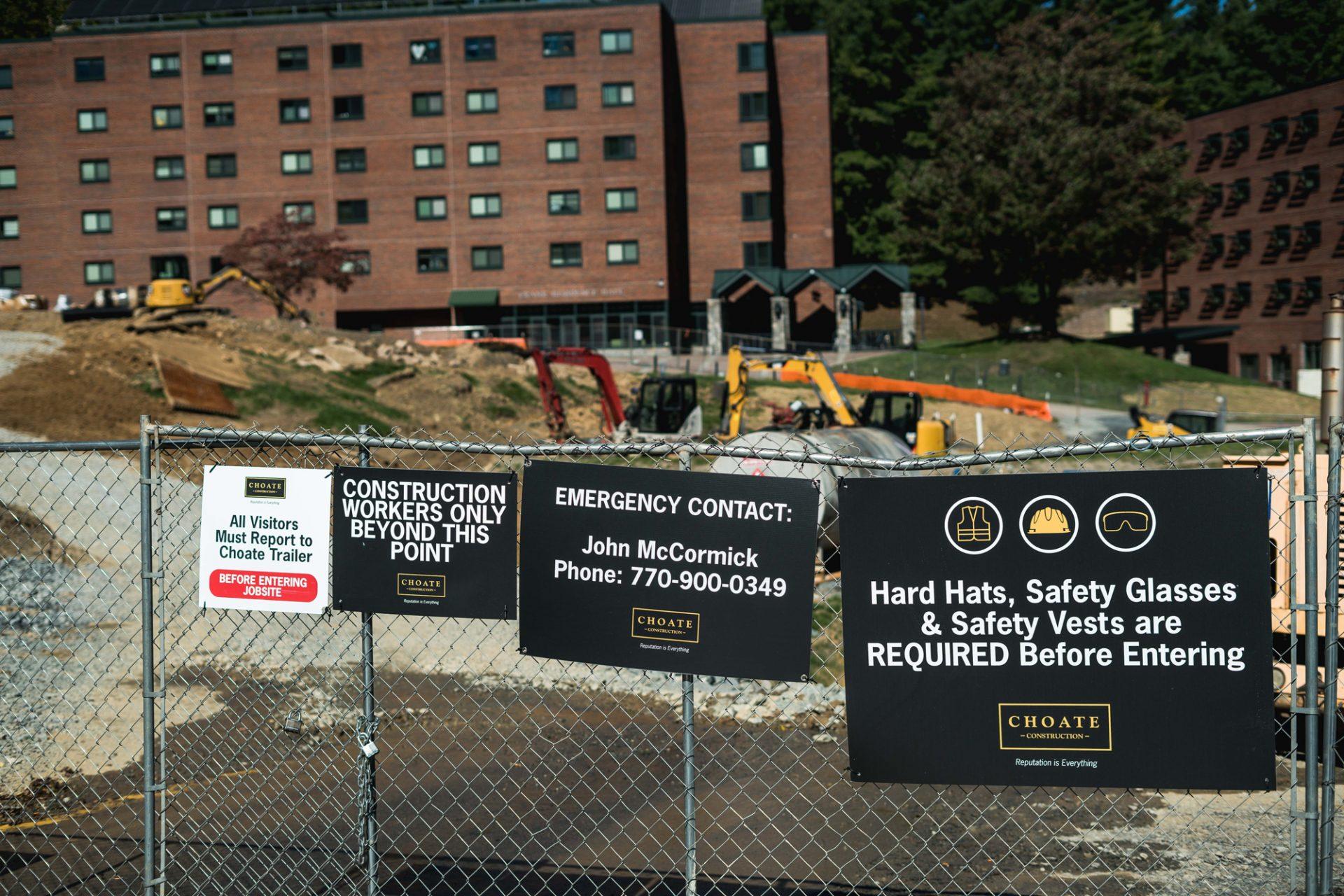 App State is known for its natural surroundings, which attract many applicants every school year. Almost 280 residents of Eggers Residence Hall, most of them first-year students, have learned that their living space is polluted by noise.

No more than a month after the first day of classes, construction on the multi-building student housing near Stadium Drive began, affecting residents’ adjustment to college.

Taryn Crawford, freshman psychology major, said the recent construction has caused stress and adjustment issues as a new student who lives in Eggers.

“It’s messed up my schedule so bad with the vibrating and the shaking,” Crawford said. “I go to class deprived of everything I need. I’m still adjusting as a freshman and it’s just not making the transition from high school and home life to on campus living easy, plus rigorous classes.”

Noise, vibrations, water supply shortages and active trucks near the stairs are some of the main concerns and annoyances Eggers residents and resident assistants have.

Cara Levin, freshman psychology major, said dust has gotten in her eyes when leaving the building to go to class.

Resident assistants have noticed the toll of the construction on their residents.

“I think that the construction also causes residents to stay out of the building more often, so it is difficult for a community to be built if not a lot of residents stay within the building,” Huggins said in an email.

The construction is not coming to a halt anytime soon because it is renovating or replacing seven residence halls: Bowie, Coltrane, Eggers, Gardner, Winkler, Justice and East. Winkler has been demolished, and Eggers will be knocked down in 2019.

Residents of Eggers are disappointed that the view they once looked forward to will be out of sight in the coming months or even years.

Caroline Pruitt, sophomore public health major and RA, said she misses the hill that stood beside the building where she saw people snowboard, sled and read at their leisure. That hill is now full of trucks, dirt and a fence.

“Personally, I think it’s ugly. There’s this great view of campus and ugly construction happening right next to us,” Pruitt said. “I think that affects just people going outside and having a place to go close to the building and accessible, so that’s kind of hindering.”