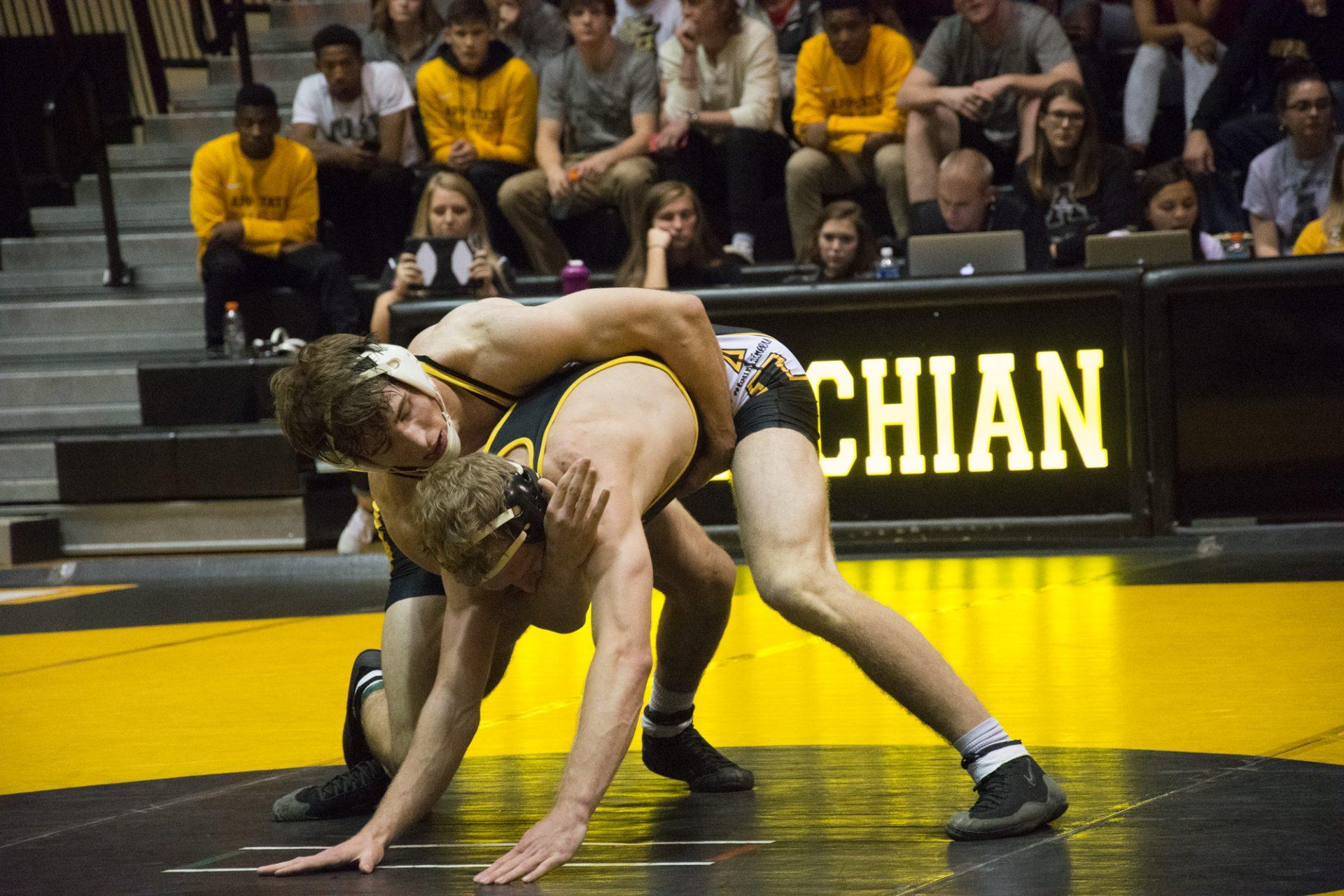 Sophomore Laken Cook completing a two point takedown against Redshirt Freshman Carl Guess in the 157lb match. Cook won the match 11-1. The Black vs Gold Wrestling Exhibition was at Varsity Gym on November 1, 2017.

It was a good day for Appalachian State wrestling as the Mountaineers hosted the Huskies of Bloomsburg and the Wildcats of Davidson for the Mountaineer Duals to open up the season. App State (2-0, 1-0 Southern Conference) walked away with two wins.

Bloomsburg cut into App’s lead by winning two straight matches late in the duals, but thanks to a 9-1 win and a 10-1 by junior Irvin Enriquez and sophomore Gavin Londoff, the Mountaineers held onto their lead and defeated Bloomsburg by a final of 28-7.

“Two of our guys are in the lineup for the first time,” head coach JohnMark Bentley said. “First year starters Laken Cook and Thomas Flitz, I was really happy with the way both of them wrestled today. I thought they performed great and scored a lot of points for us today.”

The second match of the night against conference foe Davidson followed a similar pattern, as App swept the Wildcats with a final score of 45-0.

The team was obviously excited to grab an early conference win, but the team is looking to stay focused and prepare for the next match.

“It’s a good start, but it’s in the past now, we have to look to the future and start to prepare for what’s up next,” junior Irvin Enriquez said.

App enters their season 1-0 in conference following the duals. Despite the obvious excitement, the wrestlers will focus and look to their next match, the Keystone Classic out of Philadelphia.

“It feels great to start the SoCon 1-0, so hopefully we can continue to win matches and eventually the SoCon. That’s the end goal after all,” redshirt freshman Codi Russel said.