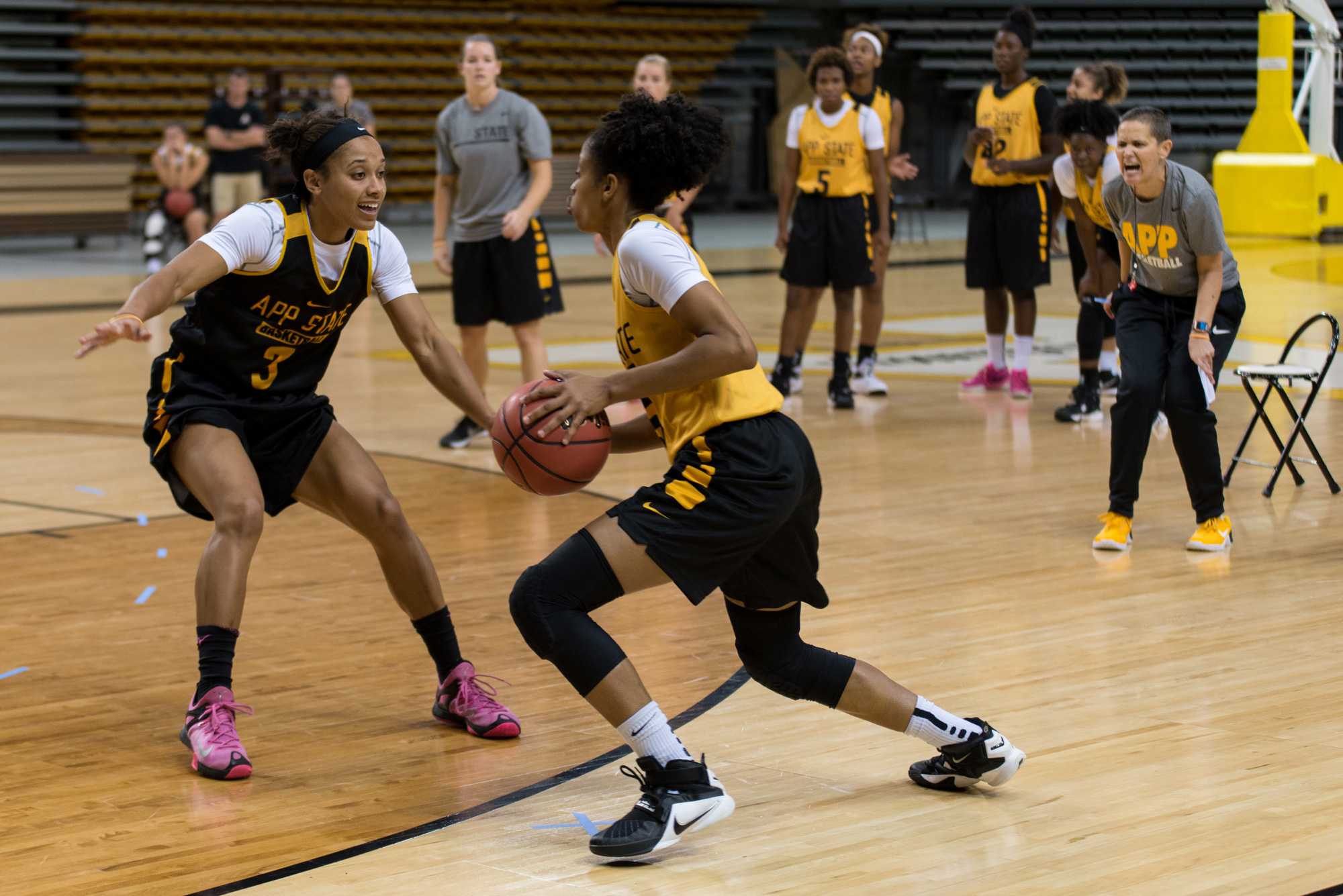 For the App State women’s basketball team, Sunday’s first official basketball practice had a Christmas morning feel with the excitement and eagerness that built up to it.

Coming off of a 10-20 season and 7-13 record in the Sun Belt conference before falling to top-seeded Arkansas State in the first round of the Sun Belt tournament, the Mountaineers had the first day of practice circled on their calendar for a while.

“Is a motivation because we don’t want to finish the way we did and our goal is to win the tournament and get to the NCAA tournament,” senior guard Joi Jones said. “It is in the back of our minds, but we don’t want to harp on last year. It is about finishing well this year.”

Working on one-on-one drills, transition defense and hitting different positions during breaks, the key skill that the team has been working on throughout summer workouts is communication.

“As a team we have really focused and worked on communication and holding each other accountable,” senior forward Ashley Bassett-Smith said. “We have to have each others back from player number one to 17 and all the layers whether they are injured or sidelined.”

Bassett-Smith made sure her teammates remembered to talk to each other on the court, noticeably reminding them to communicate during the team’s shooting drills.

“My biggest thing is teaching the younger players the way we do things at App and showing them what our standard is and showing them we communicate and we have each others back,” Bassett-Smith said. “We need to compete on every single drill that takes place on the floor.”

New to the team are four freshmen and two George Mason transfers, Q Murray and Cydni Cole, who sat out last season due to transfer rules. Redshirt junior Amber Driver will also be returning after sitting out with an injury last season.

“We need to look at last season as stepping stones in getting to this point,” head coach Angel Elderkin said. “We laid out the foundation and culture and how we want to play and now when you return 80 percent of that, it is just an exciting time for the program.”

With five seniors on the team, the freshmen not only have a strong upperclassmen group to look up to, but come in with a strong basketball IQ.

“This freshman class has one of the best IQ’s I have seen,” Jones said. “They work hard, extremely hard and don’t really let the fatigue or workload get to them like a lot of freshmen do.”

Now officially being able to practice together as a team after doing workouts in groups throughout the summer, the Mountaineers set focus to getting better before they open the regular season in Chicago against DePaul.

“We want to have a lot of energy and a lot of communication and attitude, and if they can control those three things, that will be our practice plan every day,” Elderkin said.