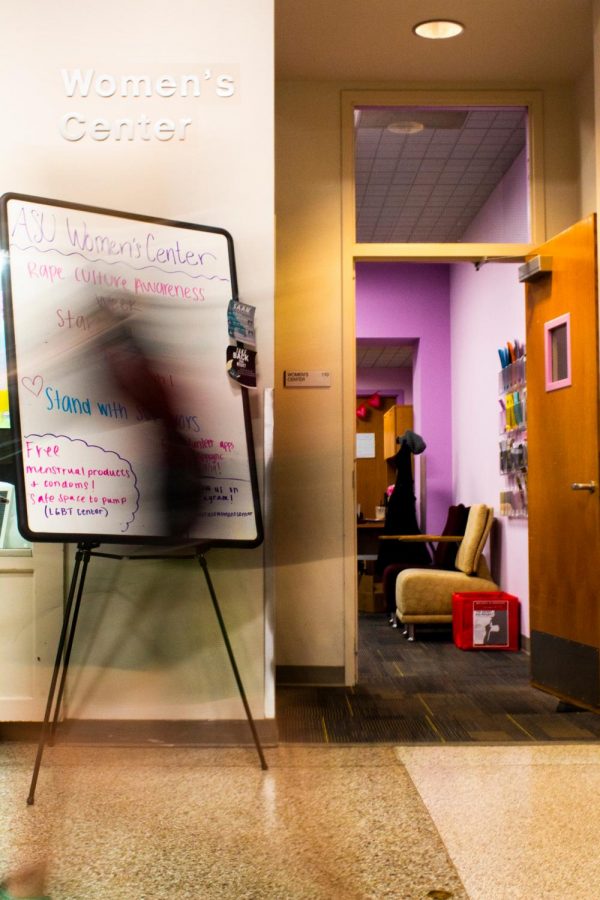 The Women's Center is currently hosting Rape Culture Awareness Week in its Plemmons Student Union location. It is the only completely volunteer run Women's center in the state of North Carolina, according to its website.

In April, the Women’s Center hosts events that give sexual assault survivors a platform and a voice while working to spread awareness of rape culture at App State.

The week takes place during national events like Take Back the Night and Denim Day, which support solidarity with sexual assault survivors.

Katie Wynn, junior public relations major, said Take Back the Night gives survivors of sexual assault a chance to speak on their experiences and raises awareness of resources for students.

Wynn is a member of the planning committee for Rape Culture Awareness Week along with Emma Start, junior sustainable development major.

“We started it as a way to explain what rape culture is because we felt that people didn’t understand it,” Start said. “People aren’t really familiar with the concept as a term, but they are familiar with the ways in which it manifests in everyday life.”

Rape culture is the concept of how a society’s attitudes and beliefs lead to the normalization of sexual violence and assault, according to Harvard University.

Start said she does not think people realize that society perpetuates rape culture.

“I hope we reach a lot of people that we haven’t before,” Start said. “I hope that we’re sparking conversation, and that people are learning and thinking about what we’re doing, and how it impacts everyone else.”

Zoe Pugh, freshman women and sexuality studies and interdisciplinary studies double major, said a focus is placed on a prevailing aspect of rape culture each year. In 2019, the focus is on intersectionality.

Pugh is on the planning committee for Rape Culture Awareness Week.

Start said it is important to recognize all aspects of oppression and all identities that are oppressed, because experiences are not universal.

“We are an inclusive center and we preach inclusive things,” Start said.

In addition to the changing themes, the Women’s Center plans different events each year.

Wynn said in the past, the week was more internal, but in 2019, the Women’s Center is reaching out and partnering with other groups.

Wynn said she hopes that in the future, the event could last a month and partner with more diverse groups on campus.

“The Women’s Center is a space on campus that people don’t realize how much it can be utilized. We are trying to be a safe and welcoming space for everyone,” Start said.