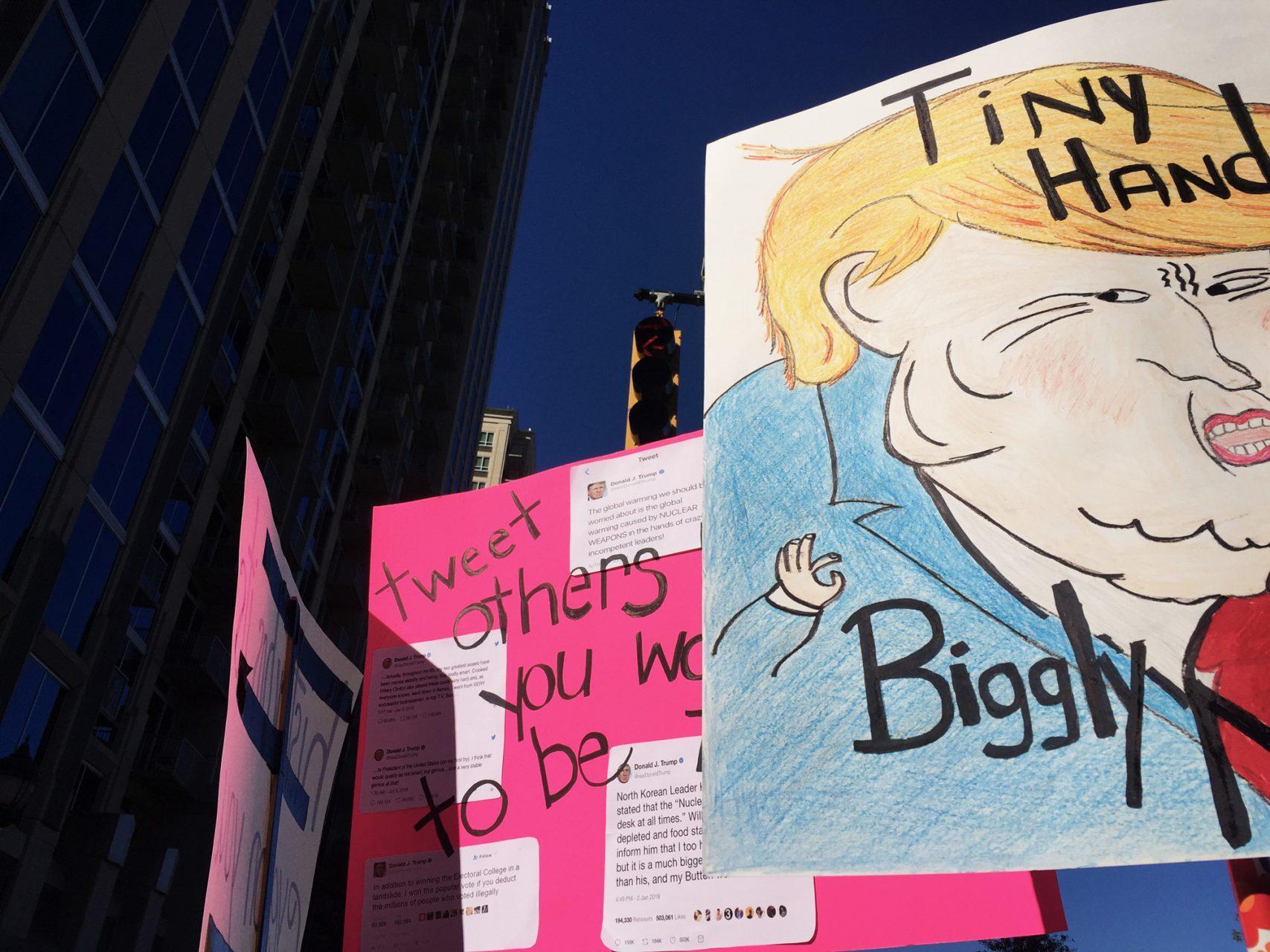 Signs at the Charlotte Women's March on Saturday. Hundreds gathered in Uptown to celebrate numerous issues and express dissent with President Trump's administration.

On Saturday, Watauga County citizens, Appalachian State students and the Boone community came together to march for women’s rights, Citizens United and finance reform. The event was organized by the local Watauga County Democratic Party. In a speech, organizers of the event said they were already working on organizing a march for next year.

The march attracted many Appalachian State students, like Tasha Cadet, a second-year graduate student, who said she went to the march to advocate for the mental health of those in the LGBT community.

“All of this negligence that’s being posted and tweeted about by somebody that’s supposed to represent our country needs to stop,” Cadet said. “We want to make sure our voices are being heard.”

“It’s important that if we’re doing a march for sisters, we need to include everybody that identifies as a sister,” Cooke said. “We want to bring some inclusivity to the march.”

Willow Larson, a freshman political science major who attended the march, said that the #MeToo movement has shown how the issue of sexual assault and violence against women reaches far and wide.

“We like to ignore the fact that we all know and love someone who is a woman, and right now the world does not respect them,” Larson said. “Our president talks about women like they’re trash, and he makes crude and awful comments. He is not the only one.”

Adults from the Watauga County area were not the only ones participating in the march. The event was marked “family friendly” on Facebook, encouraging parents to bring their children.

Ruthie Davis, a third grader local to the area, marched because she said she wants to help men and women have happy lives.

“You have the right to march, and you can show up with other people so you can feel safe,” Davis said. “Women’s rights are important because it keeps the world in a happy place. Everybody can be happy!”

Alyssa DiBella and Emma Young-Fritchie, students from Watauga High School, came to the event with the same hope as Davis, to show adults that the younger generation is ready to step up and make a change in our society.

“I think there’s a lot of hatred in our country right now against people of color and immigrants and women. It’s important for all of us to come together and support people,” DiBella said. “We need to show that our country can be fixed because there’s a lot of young people who will be able to vote soon, and the condition our country is in now, it isn’t permanent.”

“One of the main things we’ve forgotten is all the things that have gone wrong in the past, and I feel like some of those things are starting to repeat,” Young-Fritchie said. “Our president is the symbol of hate speech and a symbol of a movement against people of color, women and people of different sexual orientation. We need to try and change what’s happening because the past needs to stay in the past.”

As the march concluded and the crowd dispersed, Davis said she wants to continue the fight for women’s rights into adulthood.

“Marching can change a lot of people’s lives and can encourage them. If bad stuff is still happening, I’m probably going to try to become president,” Davis said. “When I’m older, I want to stop bad men. Everyone should be happy and should feel safe.”