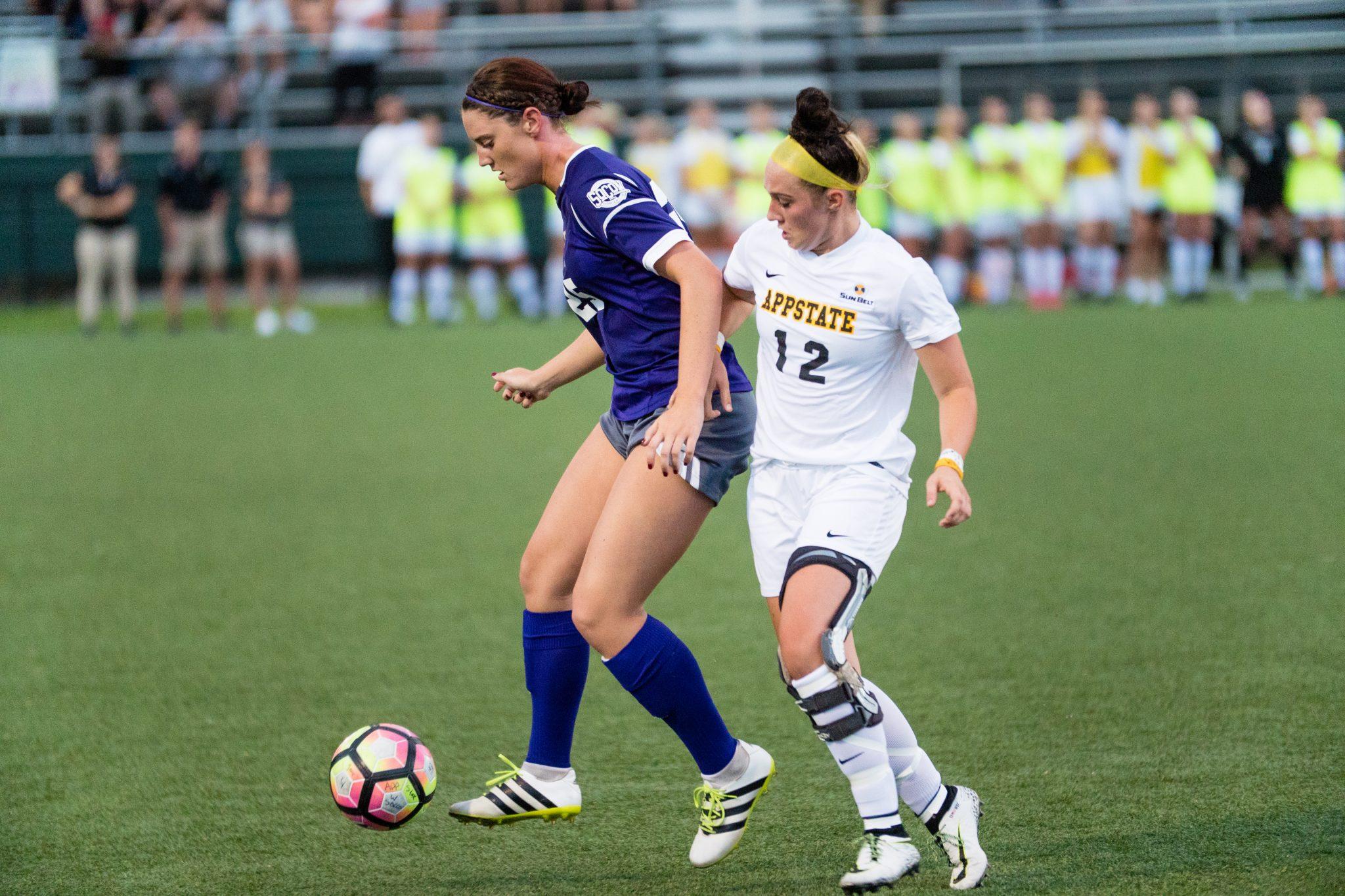 “I thought we played really great soccer for about 87 minutes,” head coach Sarah Strickland said. “And for about three minutes, we struggled for a little bit and Western’s known for their set pieces, that’s how they score goals. They’re a good team.”

Looking to set the tone for the 2016 season, the Mountaineers controlled all the shots in the first half taking 11 to the Catamounts two.

“We have always struggled scoring and tonight I think we did a great job attacking,” senior forward Jane Cline said. “We were almost there but we just have to get those goals.”

Junior forward Erin Settle, who missed last season due to a preseason torn ACL, came close to the putting the Mountaineers on the board in the first half with an up the middle shot that that was saved by the Catamounts goalie before Settle went for a shot inside that was blocked, giving transfer Sharon Osterbind and sophomore Emmily Cowie rebound opportunities that both ended up being blocked.

“We didn’t finish the chances that we had. I feel like we could have put several goals away if we framed the back post,” Strickland said. “But we definitely showed that we can attack from a lot of different directions and personnel.”

Still tied 0-0 entering the second half, the Mountaineers went from a 4-3-3 formation to a 4-4-2 that Strickland said brought more pace and speed up top.

Junior goalkeeper Sam Steyl, slated to be the full time starting goalie this season with loss of graduate Megan Roberson, said the strong team defense help contribute to her being so comfortable in the net.

“I think as a defense we work really well together so we need to continue to keep the ball in front of them and work on the back four and defensive minds,” Steyl said. ”If we continue to get their mark then we will have a lot more opportunities.”

Right as it looked like the game would finish in a tie, it didn’t.

The Mountaineers had 19 players see action on the field with four newcomers Osterbind, Marnie Bonn, Kristin Brown and Maggie Hanusek getting their first Mountaineer game time.

Senior Jenn Bass said now that butterflies and anxiousness are gone, everybody can begin playing and getting used to the game atmosphere.

“It’s the butterflies. We have to get rid of those butterflies and nervousness out of our system,” Bass said. “The level is completely different and we start getting used to it.”

Coming off of Sunday’s annual Black and Gold exhibition, an astounding 267 people attended the first of two exhibition games.

“The crowd was amazing and you couldn’t even tell it was an exhibition game,” Bass said. “It was such a high intensity.”

Looking to continue setting the tone for the 2016 season, the Mountaineers play their second and final exhibition game Saturday against longtime rival Elon at Ted Mackorell Stadium beginning at 12 p.m.