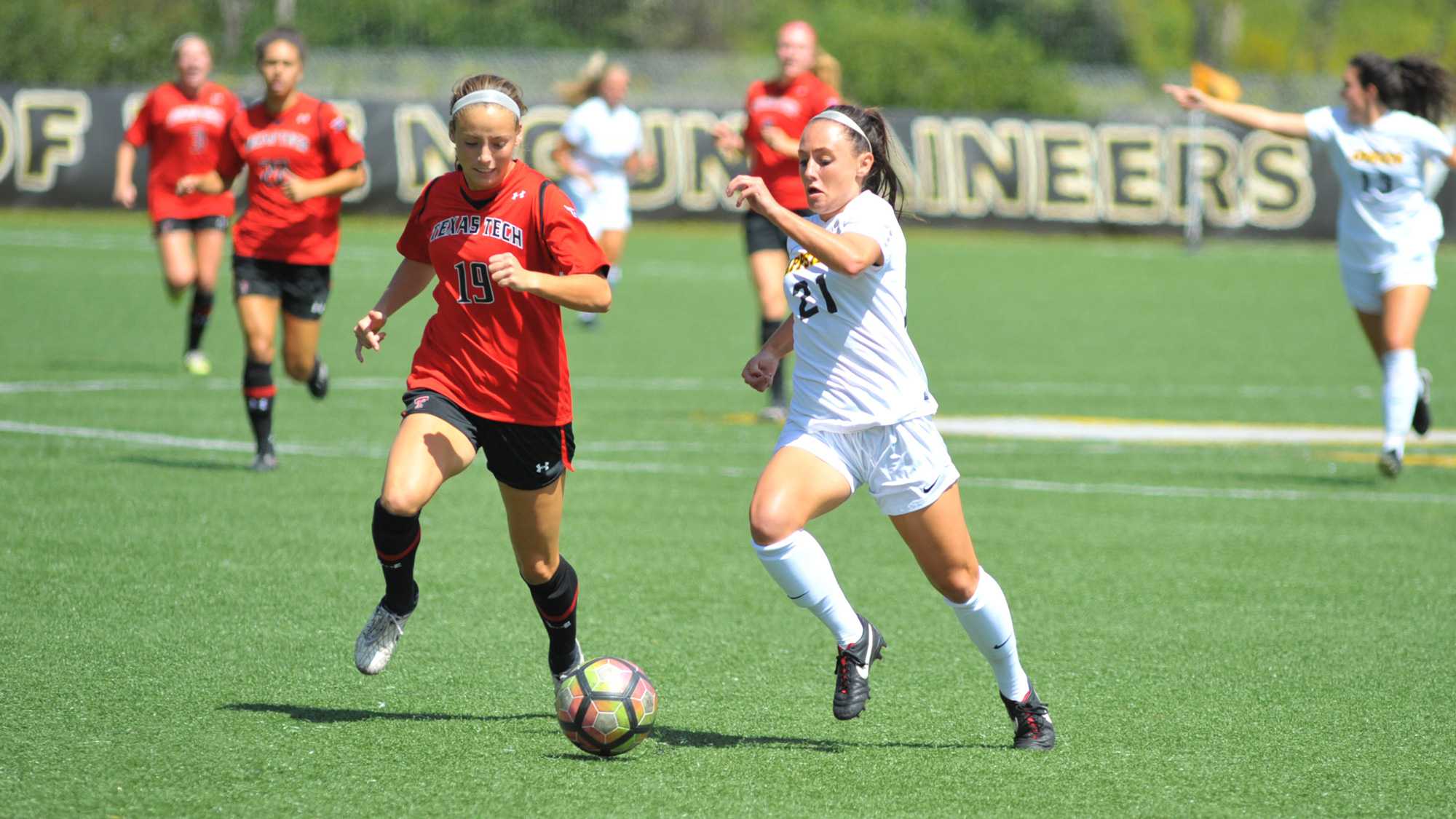 App State women’s soccer fell short to No. 22 Texas Tech 2-1 Sunday in their first home loss of the season.

In their last non-conference match of the season, the Mountaineers were looking for an upset against a Red Raiders (6-1-1) team that has gone to the third round of the NCAA tournament each of the last four years.

The Mountaineers (5-3) ended the first half up 1-0 on a curving free kick after a foul on senior forward Jane Cline from outside the box by redshirt sophomore Sarah Peatross in the 44th minute, her second goal of the season after missing most of last season with an injury.

“We work a lot on set pieces in practice,” Peatross said. “I like taking them and I took a deep breath and said I was going to make it.”

Despite the halftime lead, App wasn’t going to sit back and try and preserve a win.

“That’s not our style,” head coach Sarah Strickland said. “We needed to prepare for another battle of 45 minutes.”

“We felt like we would [equalize],” Texas Tech head coach Tom Stone said. “I didn’t know how much energy we would have to spend to tie the game.”

Texas Tech’s first goal came off a counter-attack from a Mountaineer attacking corner when a nice through ball was played to Texas Tech’s Gwennie Puente, who tucked it around App State junior goalkeeper Sam Steyl in the bottom right corner to tie the game at one.

“We definitely need to work on counter-attacks off of our attacking corners,” Strickland said.

The go-ahead goal came from another Mountaineer mistake when a shot from Texas Tech’s Puente was stopped by goalkeeper Steyl which deflected off of junior defender Kelly Flanders into the goal in the 75th minute.

Cline had two chances late in the game to pull the Mountaineers back up but both were prevented by Texas Tech goalkeeper Lauren Watson.

Using the game against Texas Tech to prepare for the upcoming conference schedule, the Mountaineers focused particularly on South Alabama who they will face Oct. 23 on senior day.

“Every non-conference game is to prepare for conference,” Strickland said. “Texas Tech plays very similarly to South Alabama in their style and ranking.”

In the end, the Red Raiders prevailed but the Mountaineers are primed and ready to begin their conference schedule this week when they travel to Troy on Friday at 7 p.m.