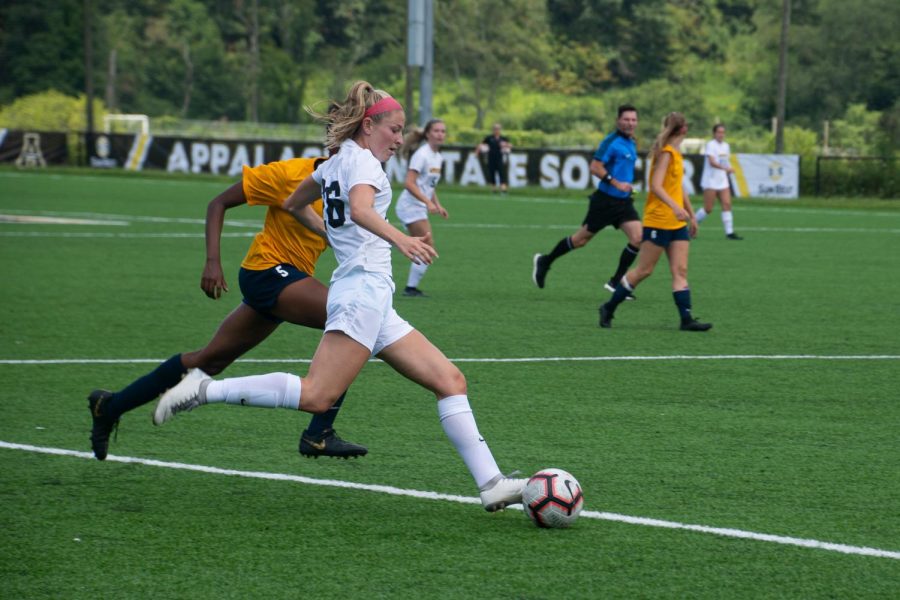 With eight of 11 starters returning, and eight of its nine leading scorers returning, the Mountaineer women’s soccer team is poised to compete for a Sun Belt Championship this fall.

The team posted its best record since 2016 after a 9-9-1 overall finish last season, with a 6-4 record in the Sun Belt. The team also earned its highest amount of conference wins in over 10 years, according to App State Sports.

The Mountaineers did not finish the season the way they would have hoped after a 3-0 loss to South Alabama in the first round of the Sun Belt Tournament.

For the past two years, head coach Sarah Strickland has made Ray her first choice goalkeeper. Last year, Ray played over 1,300 minutes and finished eighth in saves in the Sun Belt.

She is also going into the season ranked seventh all time in saves in program history with 132.

Senior Ava Dawson started every game and tallied two goals and two assists last season. This season, she will also play big minutes in midfield for the Mountaineers.

App State will start its season with a trip to Radford Friday, Aug. 23.