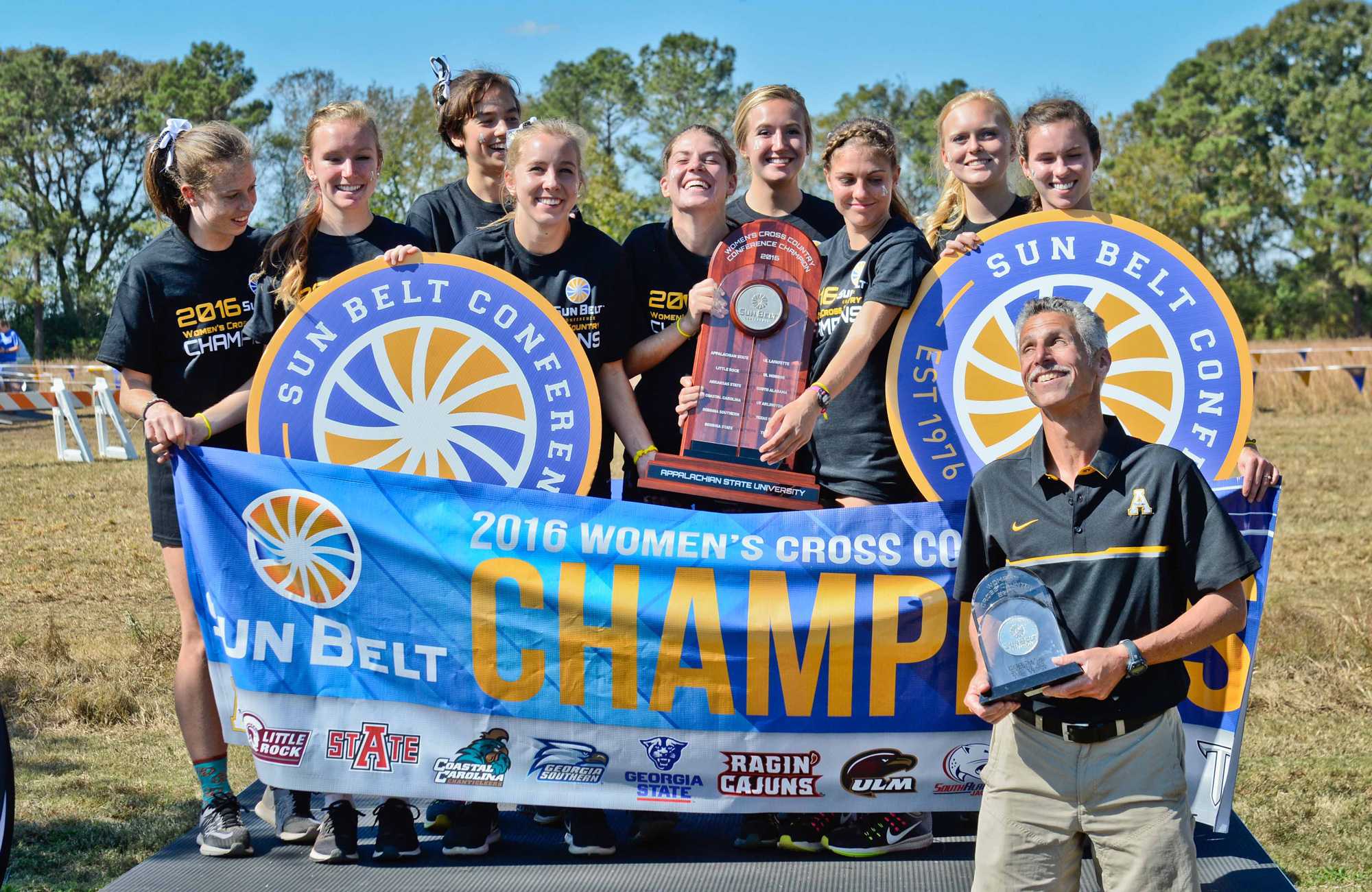 “I’m very excited about winning, and I’m very proud of the young ladies,” head coach Michael Curcio said. “We came close the first two years, and the third time was the charm.”

Finishing second in both of their first attempts at a Sun Belt Conference Championship, it wasn’t until their third year in the Sun Belt that they were able to push past the competition and finish first, adding another conference championship title to the long history of cross country success at Appalachian.

All seven of the Mountaineers’ runners finished in the top 15 spots in the race, with notable performances from senior Tristin Van Ord, sophomore Emily Fedders and senior Torre Moser.

This was Fedders’ first ever cross country conference championship meet, and Curcio said she stepped up to make sure that she could hold her eighth place spot throughout the race in order to secure a win for the Mountaineers.

“I hadn’t been to a conference championship before, so it was really interesting because it’s just a cool environment,” Fedders said. “It was awesome to be a part of that team winning experience.”

On the other hand, this was Moser and Van Ord’s fourth and final attempt at getting a conference championship win.

“It took a while for us to win – our freshman, sophomore and junior year – so it’s about time,” Moser said. “It was just extremely gratifying to have that win.”

The Mountaineers’ steepest competition throughout the meet was cross country powerhouse Coastal Carolina. Curcio said that it was vital for all seven of the runners to finish ahead of Coastal’s fourth place runner so that the Mountaineers could balance out Coastal’s top three runners and take the title. The team was able to deliver, and ended up beating Coastal Carolina by 13 points.

It was the team’s confidence in their ability to finish in the top 15 spots and their determination to finish ahead of Coastal that helped the Mountaineers grab the title.

In addition to winning the championship, Curcio was named the Sun Belt Women’s Coach of the Year.

“It’s rewarding to be given that honor,” Curcio said. “But it wasn’t anything that I did in particular. I was just able to help these ladies to get to the point where if they run well, they can win and they did.”

Following the championships, the Mountaineers were named No. 15 in the U.S. Track & Field and Cross Country Coaches Association Southeast Regional Rankings, which the team said is also motivation to finish well in regionals two weeks from now.

“The ranking is really just a number,” Fedders said. “It’s exciting to be ranked, but you can go into the race and finish way lower or higher than you’re ranked. It’s more that we’re really excited because we know that we can race as well as we did at conference and race well as a team at regionals.”

The team will compete in regionals at the NCAA Division I Southeast Regional meet on Nov. 11 at 11 a.m. in Earlysville, Virginia.