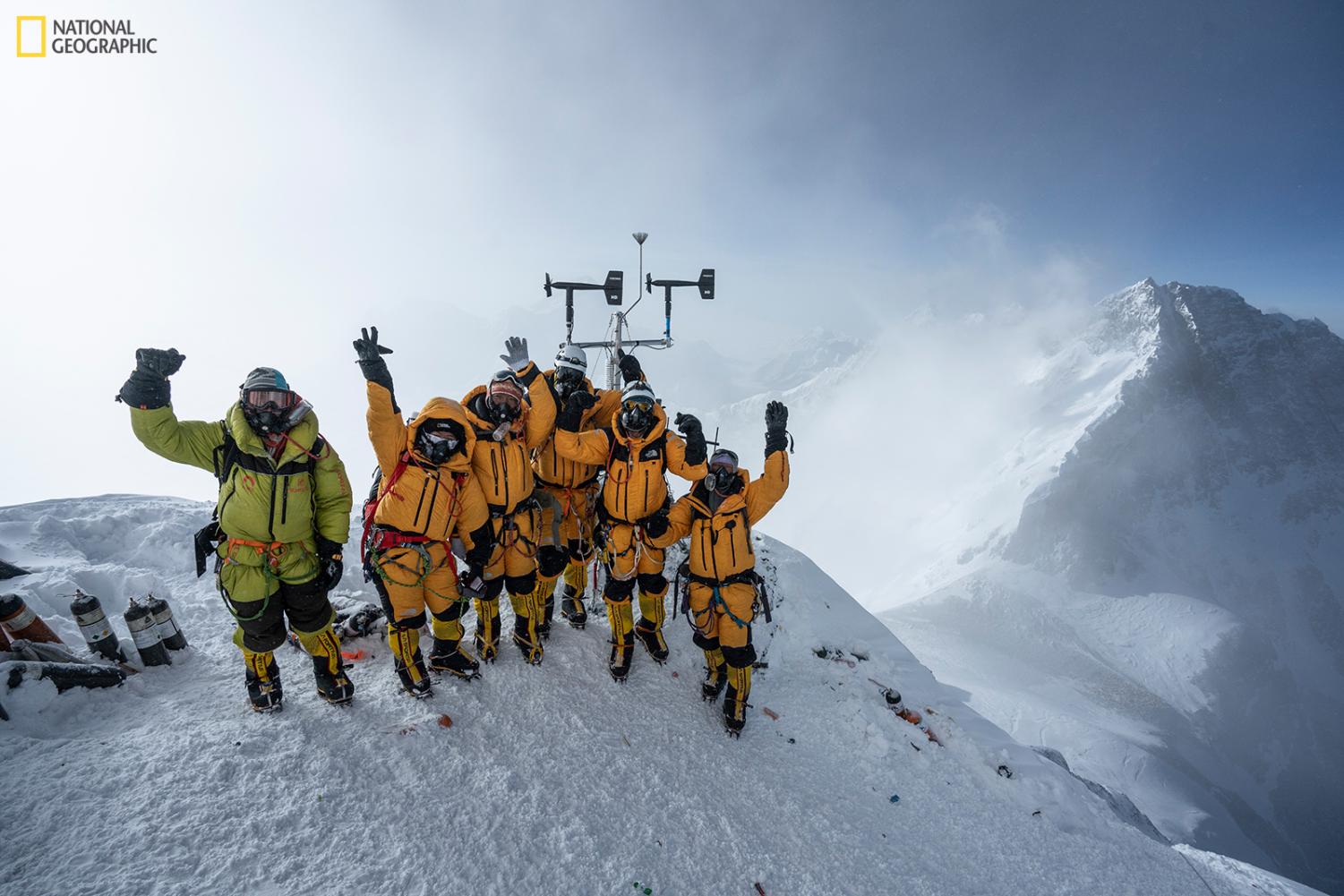 “You realize you’re literally at the top of the world looking down on some of the highest peaks in the world,” Perry said. “It was pretty spectacular up there.”

From April to June, Perry joined a team from National Geographic and Tribhuvan University in Nepal on a scientific expedition up the world’s tallest mountain, Mount Everest.

The six-person team installed the world’s highest operating weather station on Everest that will provide real-time information about mountain conditions and monitor upper regions of the atmosphere.

The expedition was part of National Geographic’s Life at the Extremes program, which aims to better understand variations in earth’s most unique regions like rainforests and oceans. The Everest expedition was the first Perpetual Planet Extreme Expedition as part of the program

“With Everest being the highest mountain in the world, it’s got some pretty extreme weather and environments that plants and animals live in,” Perry said.

To do this, Perry and his team climbed Mount Everest with installed two weather stations, which were brought up the mountain by a team of Sherpas led by Panuru Sherpa, a 17-time Everest summiter.

The two stations were installed at 26,066 feet and 27,657 feet and were over 100 pounds each, which was split up among the group to carry. The team also carried the tools needed to install the stations and supplies to survive the climb.

“We had oxygen canisters; we had food; we had stoves; we had tents,” Perry said.

Perry and his team were originally going to install the second weather station at the summit of Mount Everest but had to change plans for safety concerns. During the 2019  Everest climbing season, 11 climbers died.

“We unfortunately saw some of those bodies on the route,” Perry said.

He said overcrowding caused a 70-person “traffic jam” on the mountain.

“(Panuru Sherpa) basically made the call for us to stop at the balcony because it was just going to take us too long to get to the summit in that line,” Perry said. “Even if we had gotten to the summit, we were going to need two or three hours to install the station and complete our science objectives up there.”

“It’s very hard to recover completely from those sicknesses up at the high elevations. And so, all that together made it a real challenge,” Perry said.

He also said the climb was physically and mentally demanding.

In the past, Perry scaled mountains in the Andes, where he helped install other weather stations. He has also climbed above 21,000 feet multiple times in his life.

“We were sleeping at elevations that I’ve only been to for a few hours on previous expeditions,” Perry said. “It was an adjustment for sure, but at least I’d had some exposure to those elevations.”

Once Perry and his team got to the balcony—a flat section along the summit climb that intersects with the crest of the Southeast Ridge of Everest—not everything went according to plan.

The team was missing mounts for the wind sensors. After brainstorming, Perry suggested using the handle of the mountaineering shovel and duct tape as a replacement.

But that wasn’t the only issue Perry solved with duct tape on his trip.

Perry sat on a rock in his down suit, which Perry said is like walking around in a sleeping bag and a rock ripped a substantial hole in the bottom.

“So feathers were basically coming out of my rear end,” Perry said.

Matthews also commented during a panel discussion after the trip, how Perry takes up a lot of room in the tent. Perry is 6 feet, 5 inches tall.

Despite some small mishaps, Perry said he is excited to work in extreme conditions again. He said he is also thankful for all the support from back in Boone.

“I’m very grateful for all the support I’ve had at Appalachian State, from my students, from colleagues, faculty and Administration and the interest and concern,” Perry said. “I really have appreciated all the folks that have reached out to me and welcomed me back.”