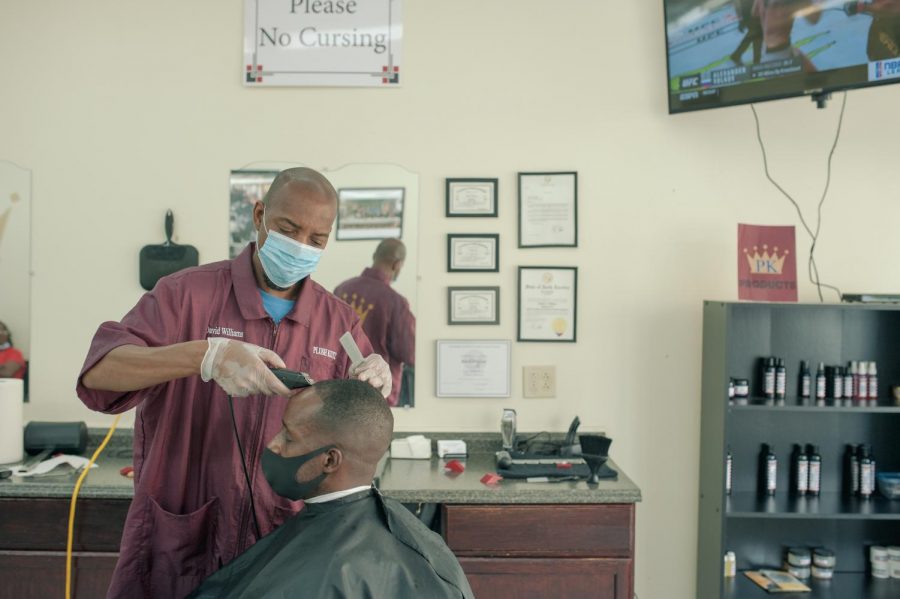 David Williams cuts a customers hair in Plush Kutz barbershop in Hickory, N.C. on June 19, 2020. Williams is a city of Hickory councilman and listens to many voices as they talk about “all the world’s problems” in his barbershop.

As protests across the country continue to call for anti-racist systemic change, Black community leaders in Catawba County are calling for bridge building and unity.

Protesters nationwide are demanding a change in systemic racial oppression by amending policies that disproportionately affect Black and other marginalized communities; diverting funds from law enforcement and into education and community initiatives; and removing memorials and university building names that honor individuals of the confederacy or those with white supremacy beliefs.

Catawba County showed variations of support for George Floyd. Black community leaders shared Facebook events, posters, and Snapchat stories to spread the word about protests and demonstrations in the area.

It was a hot, clear blue sky day in Hickory as organizers gathered along in front of the Clerk of Courts Office and City Hall. Police blocked off  traffic in preparation for a demonstration

Daria Jackson was leading the protest to demand an end to police brutality.

Jackson co-hosted the demonstration in Hickory with Love is a Verb, a local Facebook group that provides support to fight against inequality and injustice. Jackson has been involved with Hickory city government for three years, starting with a run for city council.

“A couple people that felt like they weren’t being represented and I wanted to give them someone that can represent them,” Jackson said.

Though Jackson did not win her race, she stays involved on the Hickory Community Relations Council and the Community Appearance Commission.

Jackson said her grandfather, Eugene Collins, inspired her to be involved with local government.

“He pushed for the Head Start Program and education for the poor. He was on every board he could be on. He was my first teacher,” Jackson said.

“He said he had this thought in his mind, ‘I’m fighting for my country. They’re going to love me when I get back.’ And when he got back, the first thing he saw when he got off the plane was a white only water fountain,” Jackson said.

Jackson remembers tagging along with her grandfather while he worked the voting polls in Birmingham. Although she said the experience was boring to her as a kid, she looks at it now as setting her up for “what’s going on now.” 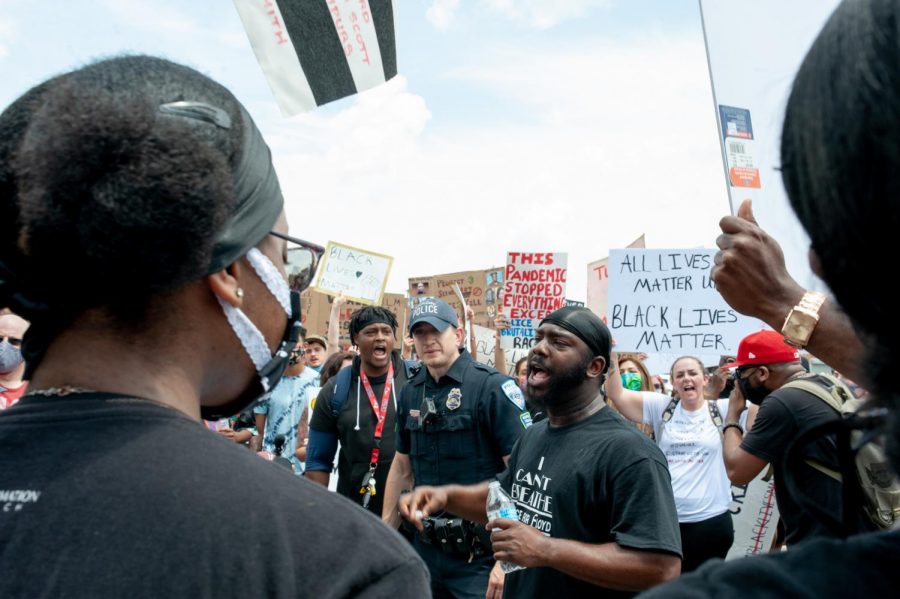 Shortly after protests erupted across the country in response to George Floyd’s murder at the hands of police, a young man in Hickory reached out to Jackson to organize a demonstration in Hickory.

“He was like, ‘I’m going to do something. I’m tired of sitting on the sidelines and not doing anything,’” Jackson said.

Jackson called the police chief the next day to inform him of a demonstration in Hickory.

She wanted to organize a march but was unsure whether the protests nationally would turn toward violence or peace.

Jackson pushed for the message of unity, fighting against the “us against them” mentality.

“The one thing about Hickory… I didn’t want us to get complacent and get comfortable because, Hickory, we don’t have that many problems when it comes to the cops,” Jackson said.

Despite her opinion that the Black community in Hickory doesn’t have many problems with law enforcement, Jackson felt the demonstration was necessary for keeping the community from being complacent during the Black Lives Matter movement.

She wanted the demonstration to be a call to action from community members, law enforcement and local government leaders. But, she also called on the Black community to stand up.

“We haven’t jumped in and got our hands dirty like we need to, but that’s what I’m hoping is coming out of the demonstration,” Jackson said.

David Williams wore a face mask as he tediously cut a customer’s hair. A line of seating along the wall is filled with customers waiting for their turn in the barber’s

chair. Williams has owned Plush Kutz barber shop in Hickory for 20 years, which  used to be located on South Center Street near downtown Hickory. His barber shop has been a meeting place for the community, providing a space for voices and concerns of those who he wanted to represent in city council.

“All the world’s problems can be solved in the barber shop. They’re gonna bring you all the problems and everybody’s got a solution to a problem,” Williams said.

Williams listens to the many voices that come to his barber shop and have bolstered them in his leadership as a councilman for Hickory’s fourth ward, an area known as Ridgeview.

During Jackson’s demonstration in Hickory, Williams approached the stage to deliver an impromptu speech.

“As a Black man, we all got something on our conscience and our hearts from what we’re seeing and how we have been dealt with over the years,” Williams said during his speech.

Williams said his reason for running for council in 2017 was that there was a lack of diversity on the council and the community felt voiceless.

He said that representation isn’t enough, and that policies should be in place that fit the needs of all communities in the city. Williams referenced the local city policies that seek to invest funds toward resources in the Black community and that he has pushed to create more equitable opportunities.

Williams said that police have a healthy relationship with Hickory’s Black community. In 1994, the City of Hickory Police Department created the Police and Community Together initiative to build bridges between law enforcement and the city residents.

“Now don’t get me wrong, nobody’s perfect. Of course everybody’s gonna have their fair share of those (police) that aren’t as good as others,” Williams said. “But, they make a conscious effort to get out in community to form relationships and be among the community to hear what their concerns are.”

Williams says the biggest problem over the years is the lack of resources, including internet access.

“You would be surprised how many people don’t have internet access,” Williams said.

A library expansion for the Ridgeview branch has been planned for 2020 to include a community meeting space for up to 100 people, increased print collection, more computer space and a maker space such as 3D printing technology according to the city of Hickory website. Williams hopes this library expansion will bring resources to the community that has felt neglected with greater internet access, job resources, GED opportunities, job application training and partnerships with the local growing furniture industry and Catawba Valley Community College.

“Once you start getting economic power, that’s when you become better as a people. Education is the key, man,” Williams said. “I really feel like if you can provide an education with somebody, you can provide them with an opportunity and there are a lot of things that people in that community don’t know about. They don’t know what’s available. That’s what I’m fighting for in the future.” 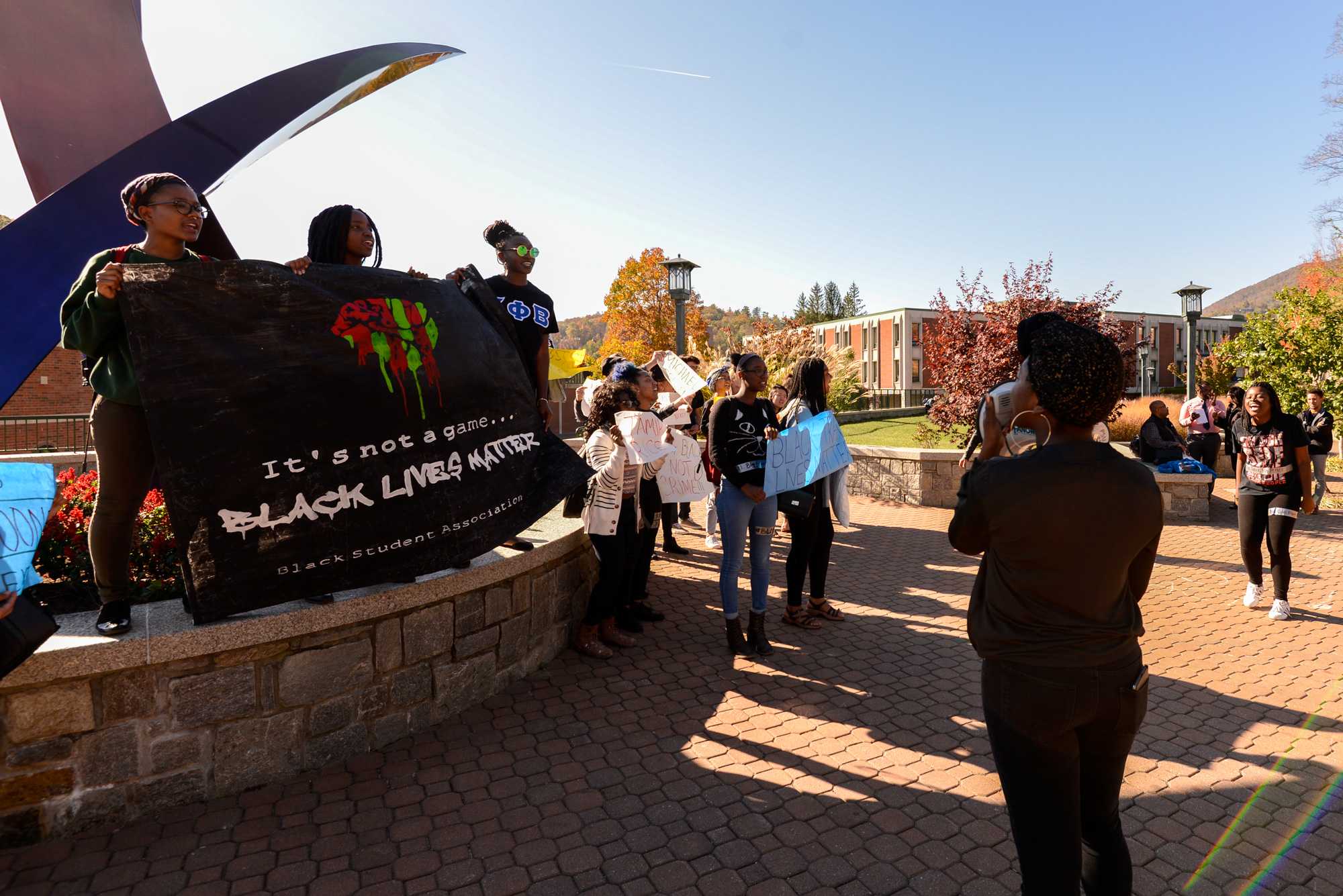 Police brutality is based on stereotypes 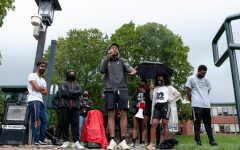 The Appalachian • Copyright 2023 • FLEX WordPress Theme by SNO • Log in